"Following up his score for the cult-classic film Black Dynamite, composer Adrian Younge has created Something About April, a heavy, psychedelic mix of dark soul and cinematic instrumentals with hip-hop aesthetics.

The first single on Wax Poetics Records, "It's Me" featuring guest singer-songwriter Rebecca Jordan, comes out July 26 as an Official Serato Control Vinyl in limited-edition chocolate. Classic production techniques and authentic instrumentation recall the glory days of '70s soul, while the vocal workout and swagger allow the music to sit firmly with modern artists who redefine soul like Erykah Badu. Some say it's a mix between Aretha Franklin circa 1969 and Wu-Tang circa 1992.

In 2004, Serato debuted its Scratch Live software, allowing DJs to mix and scratch files from their computer using regular turntables or CDJs. Control Vinyl in various colors soon became collector's items among DJs. Side 1 of this release plays as a normal vinyl record, while Side 2 is designed to interact with Serato's software.

A1: It's Me
A2: The Niacin (featuring Shawn Lee, Michael Leonhart, and Calibro 35)
B-Side: Serato Control Vinyl 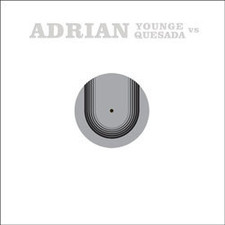 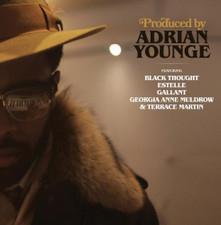