"Amon Tobin is a master at transforming sound and his latest record, Foley Room , sees him taking his craft to the next level; hunting down found sound to use as sampler fodder for his music. One of the stand out tracks off Foley Room, "Kitchen Sink" was dissected and all the parts distributed to artists that Amon believed could do justice to the sounds. The lucky four who were charged with this fine task are: Chris Clark, who has five releases on famed UK label Warp, Sixtoo, Hot off the heels of his latest head nodding epic, Jackals and Vipers in Envy of Man, Nosia, who hone their production skills with intricate, tough beats and an amazing bass sound that has made them darlings among their peers, and Boxcutter, whos two albums for UK label Planet Mu show that he has a firm understanding of the emerging dubstep scene coming out of England. But it was his immaculate production that got him the chance to remix "Kitchen Sink." 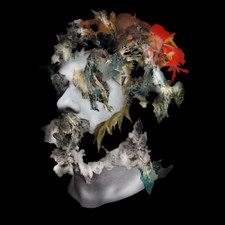