**Double LP: Red/Green Translucent Vinyl** The debut album suite from OG Odd Future fella, Casey Veggies, fortified with guest appearances from his buddy Tyler, the Creator, Hero, Mann and Skye Townsend. Casey amicably left the Wolf Gang early on to concentrate on his own career and sound, despite being a few grades younger at school, and evidently his ambitions weren't in vein, rewarded here with a very classy album on a famous imprint. The production largely leans towards leftfield sounds, but not without more buff and soulfully mature moments like the string-heavy steez of 'Ridin Roun Town' and the tenderised 'Hear Me Screamin', but the highlights have to be Tyler, The Creator's ruffed-up rhythm and delivery on 'DTA', or the synth-heavy rolls of 'Go Ahead' and 'Searching' for the Rustie & Hud Mo heads. 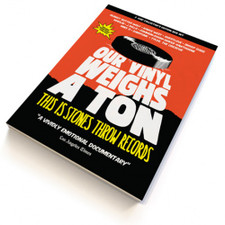