Crafted in Brooklyn, New York by Romanian-born DJ Center, "Everything in Time" is a debut album years in the making that couldn't have arrived at a more perfect moment. For over a decade, DJ Center has been a purveyor of fine music and this album finds him collaborating with artists spanning the globe as far and wide as Paris to Rio de Janeiro.

The finest of selectors, Center carefully chose each guest on "Everything in Time" for the perfect song marriage. Known as a tastemaker worldwide, Center never holds back when looking to break an artist or record, always trusting his greatest gift- his ear for music.

The album's cast features the very next artists who are impacting the industry now and shining at the top of their respective genres. From Oddisee, the solo emcee featured who has a track record working with DJ Jazzy Jeff and A Touch of Jazz on Jeff's 2002 solo debut, "The Magnificent". Gretchen Parlato, who's extensive touring and recording work with the likes of Herbie Hancock, Wayne Shorter and Esperanza Spalding places her in a league of her own within the world of Jazz, In addition, SONY Canada recording artist Zaki Ibrahim infused a beauty of breath and depth into everything she has touched, leading to her JUNO nomination for Best R&B Soul Recording of the Year in 2009. Samia Farah's continued marriage of dub reggae and jazz vocal styles give her an unparalleled uniqueness in her track record with UK Dub master Adrian Sherwood and legendary Reggae producer Lee "Scratch" Perry, among others. At the beginning of it all is the album's introduction courtesy of Renee Neufville, one half of the platinum R&B duo Zhane and the voice of Roy Hargrove's RH Factor.

Center's eclectic ear and affinity for broadening musical horizons led to his first mix release in 2006 which was of 60's and 70's Jazz, praised by URB Magazine and sponsored by clothing company, Friend or Foe. Center was commissioned by GUCCI to exclusively program music in their stores worldwide with a focus at their flagship store in Ginza, Japan. Now, with his original composition, Center has produced and arranged his entire debut LP, featuring a smoky cover of Rufus and Chaka Khan's anthem, "You Got the Love" and culminating with the thumping Brazilian tribute titled, "Center's Groove."

"Everything in Time" is a global soul record bringing back a low-end theory and warmth that has been absent in music as of late. It's a mature record for a generation raised on a foundation of Hip Hop and Jazz, but having now grown up with a global scope and broader musical palate. It's Roots music without being Reggae and Soul music without being a throw back to the past.

As the songs unfold on "Everything in Time," it becomes clear that the record is a journey across multiple genres, woven by lush piano chords, warm bass lines, boom-bap drum patterns, flying tambourines and soaring horns. The underlying essence is timeless music. Each track sounds different but is housed under the same soulful roof- DJ Center. Listen unhurriedly, as all great things happen in time. 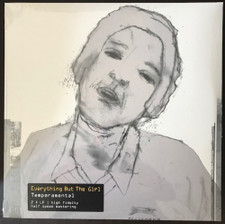