I've come to the conclusion that Andrew Broder, like Madonna before him, is a chameleon. Every album he has released seems almost entirely at odds with the last one, but not in a bad way, rather he is an artist who is genuinely isn't afraid to evolve, and in this world of carbon copy artists it's a breath of fresh air. This latest full length, and second for the Lex label following the polarising '10th Avenue Freakout' is to my mind his most expertly realised vision to date and to help him along he's managed to acquire a healthy (and mighty credible) throng of collaborators. Poking up out of the ether are Low dudes Alan Sparhawk and Mimi Parker, Microphones/Mount Eerie man Phil Eluverum, Martin Dosh, Jonathan and Josiah Wolf (of Why?) and others - it's a veritable who's who of US indie rock but the shocking thing is how Broder manages to harness this plethora of talent. You never across the album's lengthy 51 minutes get the feeling that he is adding collaborators for the sake of it, rather Sparhawk & Parkers vocals on the album's title (and standout) track enhance the music and takes Broder's vision into a new place entirely. From beginning to end there is the sense that we're hearing an unfiltered version of Broder's vision, that Lex have given him the room and time to create as an artist, and as we heard on the latest single 'I Have Been Wronged' which at the time I compared to Smog, Broder isn't afraid to experiment with form. The production on here is frankly stunning and although I've seen comparisons to The Animal Collective, to my mind Broder's grasp of fuzzy psychedelic production far outstrips that of the Domino-signed gang of miscreants. This is when all is said and done an incredibly listenable, intensely enjoyable selection of odd pop songs, with to my mind just as much crossover potential as something like Deerhunter with its grumbling but thrusting beats and carried by Broder's newly confident vocals and it's the sort of album I can imagine playing to the unaware majority and having them pine for more within minutes. 'Ditherer' is an unflinching portrait of an artist who has reached where he's always been heading and for me it's a pleasure to simply turn it up and enjoy the ride. Psychedelic pop at its best, that's all there is to it... huge recommendation. 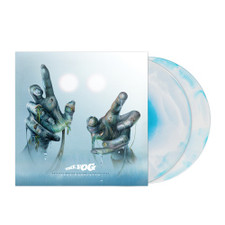 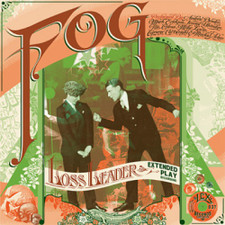 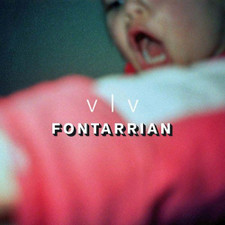