Passage - Creature In the Classroom - 12" Vinyl

Creature in the Classroom" is the lead single for passage's upcoming, self-produced full length, The Forcefield Kids. The title track, an unintentional anthem for disaffected youth, encapsulates the miserable moments of everyone's high school years. The second track on the A-Side, "Poem to the Hospital," creates the kind of hospital waiting room scene that could take place only in a David Lynch film. Layered with distinctive synths, rattling, distorted, low-bit drums, and sung with passage's signature melodious fast raps, the Creature in the Classroom 12-inch gives a sense of passage's genius. He blends and references hardcore, new wave, indie-pop, electro, fast rap and just about everything else. The B-side features a bonus instrumental "Neo Geo Poem Instrumenta" and an instrumental of side A's "Poem to the Hospital."

This single is a just a taste of what's to come on passage's highly anticipated, official anticon full-length. The jingle-core, golden-voiced passage took the dark humor hard way out of New Hampshire. Arriving in California with a demo no one could refuse, he and his fellow restiform bodies (telephone jim jesus and the bomarr monk) proved that they were missing from the anticon swell. passage was one of the first bard-hoppers to be inspired by the anticon sound, and the last to be absorbed by its machine. He revs his throat as the youngest gun, and proves what happens when fire meets what's awkward and endearing about the cynical nice guy. 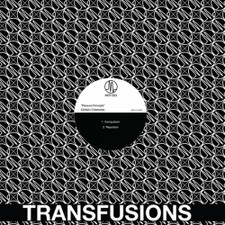