Wu-Tang Clan affiliate Timbo King has been making noise for years, with scene-stealing cameos on Wu classics like RZA's Bobby Digital In Stereo, GZA's Beneath The Surface, Wu-Tang Killa Bees' The Swarm, the Wu-Tang Meets The Indie Culture compilation, and more. He's also held it down as a member of several collectives, including the Wu-Tang offshoot Royal Fam and the Hip-Hop supergroup Black Market Militia (Timbo, Killah Priest, Tragedy Khadafi, Hell Razah, and William Cooper). Despite this success, Timbo has patiently waited, never dropping an album of his own.

For an MC whose first major breakthrough was a 1993 spot on the Who's The Man soundtrack, it's been a long journey. Yet Timbo King had no problem biding his time. "I didn't want to rush it," he explains. "I fell back, did features, did soundtracks, did Black Market Milita. For my album, I had to make sure the production was right, my lyrical confidence was right, and that it had the right distribution behind it. Since it was independent, I was able to take my time."

The result is a cohesive, razor-sharp collection with plenty of lyrical jewels. Based on a book by Ralph Windsor, From Babylon To Timbuk2 is more than a typical album. "It's an audio novel," explains Timbo. "It's the story of my life, all the ups and downs, and trying to make a way for myself. At the same time, I'm doing the knowledge, teaching some things I've learned." Production duties are handled by Bronze Nazareth (who produced nearly half the album), as well as Lil' Fame of M.O.P., Vinny Idol, and more. A number of guests also stop by, including RZA, Killah Priest, R.A. The Rugged Man, Jr. Reid, Hell Razah, Akir, and William Cooper. While the road was long, the result may be a modern-day Wu classic 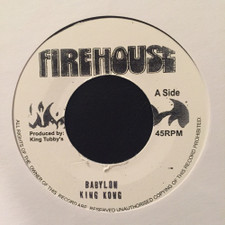