Danish producer Anders Trentemoller completes a fairly major crossover move with Into The Great Wide Yonder, transitioning from his roots as a dancefloor-focussed producer and in-demand remixer all the way into mainstream pop. Don't be too alarmed by such a notion though, this move has been on its way for a while, with his first mix CD, Harbour Boat Trips dropping plenty of hints towards a predilection for more indie-ish, shoegazey fare. Even so, Trentemoller remains a formidable maker of beats, and there's still a driving kick drum at the core of the album's narrative. On an instrumental like 'The Mash And The Furry', the production latches onto a slow tempo, breathing life into a curious spaghetti Western style guitar riff. The arrangement i handled beautifully and the guitar sounds... like a proper guitar, which is something of a rarity amongst electronic producers. Similarly atmospheric and loaded up with live instruments, 'Shades Of Marble' augments a staunch, dancefloor-friendly rhythm section with abstract violins, tremolo arm-heavy guitar twangs and a generally vast, cinematic sense of proportion. The vocal tracks work wonderfully well too, with previous single 'Sycamore Feeling' sounding mightily impressive second time around and the excellent '... Even Though You're With Another Girl' joining swooping string parts with marimba, and fiddly baroque synth arpeggios. 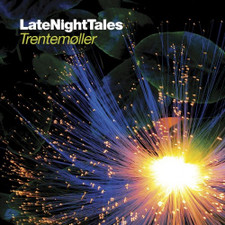