After the success of our last offering - Jump Back, Imitations, Interpolations and The Inspiration of James Brown - we thought to ourselves, "Well, JB is the Godfather of Soul, the Minister of Super Heavy Funk, and all that... but we love all sides of the funk spectrum. Which other heavyweight of the Funk movement has inspired countless others... but has yet to receive his fair dues?" We didn't have to look further than Lou Ragland's awesome Hot Chocolate album and revisit his interpolation of "Sing A Simple Song" - "Messin' With Sly" - to realize that the answer was obvious. We're talking, of course, about Slyvester Stewart, aka Sly Stone, the Vallejo, California raised Funk phenom whose output with his Family Stone certainly rivaled that of JB and his many disciples.

Sure, Sly could rip Funk with the best of 'em. His "Sing A Simple Song" inspired the Meters to create one of the few covers on their coveted trio of Josie-label LPs and is the backbone of Ike and Tina Turner's funkiest moments, "Bold Soul Sister." So we've included a good number of covers of that classic here, ranging from French Canadian novelty (Donald Seward), to South Korean psych (the devastating He 6, responsible for two other Sly covers found here as well), to Reggae-inspired Jamaican rockers (Tomorrow's Children). We can't forget about the other Funk bombs from Sly's Stand! album. L.A. Carnival, the obscure Omaha, Nebraska funk troupe whose lost Pose A Question album finally saw release on Now-Again Records in 2003, certainly didn't, way back in 1969. They stood together as an interracial organization and, against all odds, recorded introspective, complex Funk jams that survived nearly 40 years on 1/4" master tape.

There's quite a bit more included here, from high-school takes on "Loose Booty," to Spanish covers of "Family Affair." And we close with a salute to Sly from a Hip Hop perspective. "Remember Who You Are," from his late 70s album Back On The Right Track, is best known as the sampled back-drop for A Tribe Called Quest "After Hours." The Breakestra, inspired by Tribe's melding of "Remember Who You Are" with the drum-break from Les McCann's "North Carolina," recorded a cover that could have only come via the wonders of Hip Hop sampling. Culled from their Stones Throw Records' debut, it's the fitting song to close out this chapter in the Funk book. 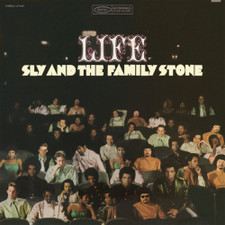 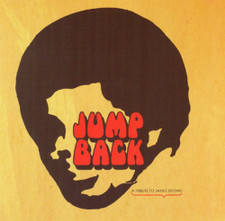