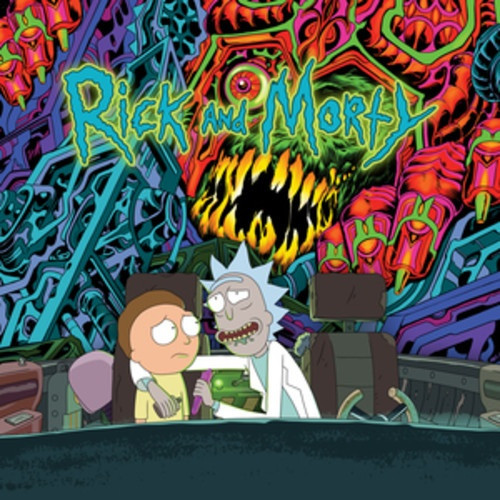 From the brilliantly twisted imaginations of Dan Harmon and Justin Roiland, animated cult favorite Rick and Morty disguises emotional depth and existential crisis with a heavy dose of foul humor and sci-fi genius. Appropriately, the show's first soundtrack also balances that oddball hilarity with emotional gravity, sometimes within the same song ("Fathers and Daughters" is a fine, scatological example).

Journeying through the first three seasons, The Rick and Morty Original Television Soundtrack compiles the best musical moments and fan favorites, including the Cromulon hits "Get Schwifty" and "Raised Up"; Fart's interstellar Bowie-ballad "Goodbye Moonmen" (performed by Flight of the Conchords' Jemaine Clement); and the graphic grossout R&B slow jam, "Terryfold." Novelty gags "The Small Intestine Song" (modeled after "It's a Small World"), MC Haps' old-school hip-hop ditty "The Flu Hatin' Rap," and the rave-pop "Summer and Tinkles" make brief appearances, while a pair of Tiny Rick's urgent pleas for help ("Help Me I'm Gonna Die" and "Let Me Out") pull listeners back to the emotional core of the show, where care and concern for these characters somehow exists.

Beautiful original compositions such as the piano-driven "Jerry's Rick"; the Enya-goes-tribal "African Dream Pop"; the shimmering "Tales from the Citadel"; and the epic heartbreaker "Unity Says Goodbye" allow series composer Ryan Elder to shine, while clever inclusions from Mazzy Star ("Look on Down from the Bridge"), Chad VanGaalen ("Stuttering Lights"), and Belly ("Seal My Fate") recall crucial plot points. Of these, the best-utilized cuts also soundtracked some of the show's darkest, most shocking moments, including "For the Damaged Coda," the Blonde Redhead track that was used to devastating effect in two key reveals, and "Do You Feel It," the Lorde-esque Chaos Chaos song that played during an anguished suicide attempt. Even in the absence of certain show tunes and Nine Inch Nails' strategically placed "Hurt," The Rick and Morty Original Television Soundtrack is a crowd-pleaser, showcasing the wit and heart of this Emmy-winning show with a companion soundtrack that is as wildly inventive and surprisingly emotional. 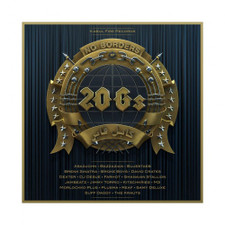 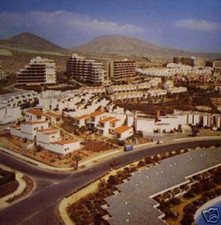