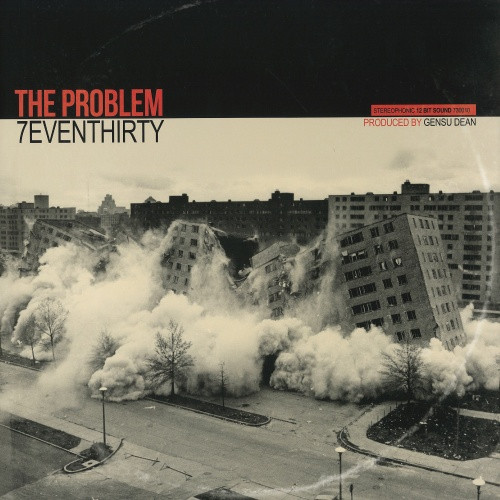 7even Thirty - The Problem - LP Vinyl

7evenThirty and Gensu Dean. Rapper and producer. Mello Music Group stalwarts and Jackson, Mississippi natives turned Dallas denizens. Their working together was fated, rooted in shared soil before it was written in indelible ink. With 7evenThirty's sophomore album, The Problem, the duo have committed their destined collaboration to wax, giving rap listeners an album that wrestles with the rapidly changing present and carves out a much-deserved space in the forever-uncertain future.

Though 7evenThirty's first solo effort, Heaven's Computer, was written as a semi-autobiographical sci-fi narrative, he's landed squarely on terra firma this time around. In fact, his previous interstellar retreat inward has resulted in an incisive outward gaze at his home planet. The city buildings might be crumbling, the bars and beats of other rappers and producers homogenized, but there's hope.

With his delivery sharper than ever, 7evenThirty is comfortable and confident no matter where Dean's snares and kicks hit. He moves in and out of double time with deceptive ease. Furthermore, his styles are markedly varied throughout, ranging from rigid and rapid fire ("Russian Revolver") to bouncy and playful ("Foot On the Ground").

Still, 7evenThirty's dexterity behind the mic doesn't supersede his thought provoking lyrics. Case in point, "Making of a Vigilante," which deftly outlines a scorned and vengeful woman's haunting and convoluted attempt to enact justice. 7evenThirty also tackles several other emotionally and sociologically rich topics. The perils and paranoia associated with our dependence on technology ("Off the Grid"), the problems facing the next generation ("Generation Why") -- amidst the rubble, he leaves no stone unturned.

With The Problem, 7evenThirty and Gensu Dean have cut all but the essential. The twelve tracks are clear and concise in execution, totaling slightly less than forty minutes. Not every question is answered, but the most important are explored. Listen closely for the answers." 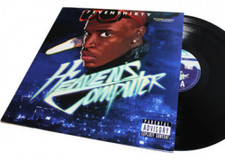