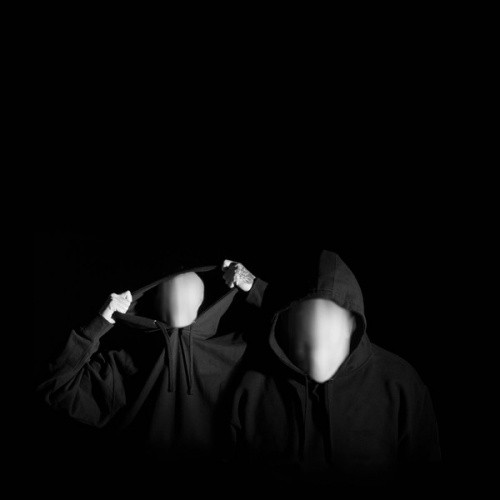 The best art comes from the fringes. Easy signifiers and borrowed nostalgia will always sell, but the work that truly speaks to us, the songs that reframe the ways we look at the world, always arise from those with one foot removed from our realities. That’s where A7PHA comes in. Two celebrated veterans—anticon. co-founder Doseone and the esteemed underground rapper Mestizo—come together, the only ones strange enough to understand one another. A7PHA is the culmination of years of radical thought, lives lived on the knife’s edge.

Their self-titled debut record (anchored by production from Alias) absorbs that left-field energy, splinters it into component parts, and re-assembles it into something uniquely human. Listen to “AT THE ALTAR”: a song built on steely, industrial instrumental pieces, but in its final form, you can practically hear the track inhale and exhale. The breaths are strung together by Doseone and Mestizo’s vocals, which flit back and forth from staccato and precise, to formless and gothic. Or check “99 POINT STATIC,” where the track builds such steam that when the bottom falls out on the coda, you get transported through to the end on raw adrenaline. A7PHA does this over and over—building massive tidal waves of raw, immovable emotions, then turning on a dime, and leaves you scrambling to keep up. Few boast the pedigree to forge something so simultaneously listenable and invitingly bizarre.

Doseone has spent two decades as one of hip-hop’s most inscrutable talents, working with a who’s-who of underground legends and establishing himself as one of the most dazzling technical MCs, chimerical lyricists, and creative visionaries. His contributions to A7PHA find him flexing all his undeniable vocal gifts: razor-sharp, rapid-fire cadences, an elasticity that unspools a vertiginous array of emotions. As a writer, he marries his cryptic strings of imagery to a frenzied search for something deeper. He pushes A7PHA as far as possible into uncharted territory.

For his part, Mestizo grounds the proceedings, filling the songs out with flesh and blood. His vocals on “SICKED” set the tone for the rest of the album: dense, punishing, and propulsive. If Dose is busy sliding around the seams of a beat, Mestizo cuts directly through. The Philly resident is the stone-eyed center of the record, the steady hand on the wheel while everything around him burns. But as “Hater Hate It” makes abundantly clear, he’s not above some verbal acrobatics of his own. A7PHA isn’t made for upscale bars or low-key gatherings. It’s about shattering the facades around you, then staring, unflinching, and what’s left behind. It’s supposed to soundtrack minor mental breakdowns and house parties that permanently fuck up your security deposit. Doseone and Mestizo have something highly combustible on their hands, but for the time being, it seems that they know just how to handle it.