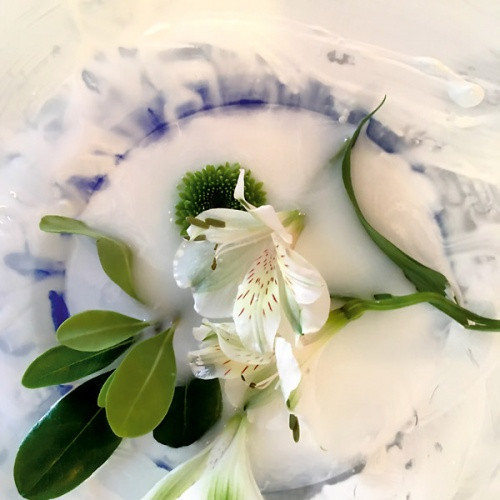 Above All Dreams is Abul Mogard's beautifully absorbing new album for Ecstatic -- his first since the Circular Forms (ELP 013LP, 2015) and his popular Works compilation (ELP 020LP, 2016). Counting six original pieces in its 66-minute wingspan, there's no mistaking that Above All Dreams is the most expansive solo release by Mogard to date. Taking into account its intangible divinity and cinematic quality -- the result of no less than three years diligent work -- it is arguably elevated to the level of his master opus; presenting a modular distillation of Mogard's most intoxicating strain of hauntology.

Consistent with Mogard's music since the sought-after VCO tapes, c. 2012-2013, the allure to Above All Dreams lies in his ability to evoke and render feelings which are perhaps purposefully avoided in more academic echelons of drone music. Rather than a purist expression of physics through maths and geometry, Mogard voices his soul, improvising on modular synth for hours, days, months, and years in the same way a more conventional "band" develops group intuition.

While hands-on, the intuitive evolution of process locates a newfound freedom in his music that implies a recognition of the metaphysical or post-physical, while Mogard explicitly points to influence from the Brazilian music of Tom Zé, Antonio Carlos Jobim, and Chico Buarque, whose approach to shape and density, or perceptions of light and delicacy, also go some way to explaining the ephemeral intangibility of Above All Dreams. The results are best considered as the ephemera of non-verbal communications. From the gaseous bloom of "Quiet Dreams" to the opiated depth of "Where Not Even" to the starlit awn of "Upon The Smallish Circulation", and through the B side's keeling, 16 minute+ panoramas of "Above All Dreams" and "The Roof Falls", the power of Abul Mogard's dreams above all transcends sound, feeling, and physics in a truly remarkable way that evades words or concrete notation. RIYL: Alessandro Cortini, early Oneohtrix Point Never, Coil, Brian Eno. Master and cut by Matt Colton at Alchemy.