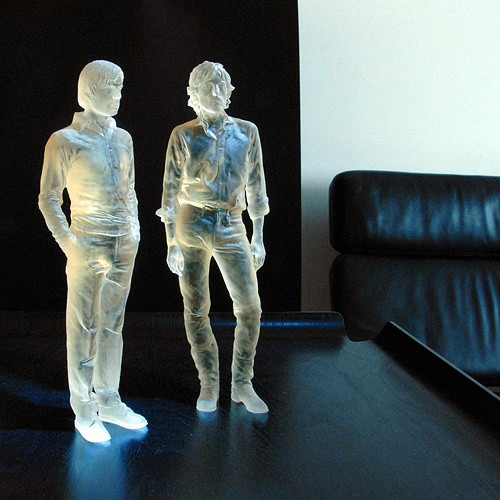 2015 reissue on 180g vinyl. Ever since Moon Safari was hailed as an instant classic, Air have swung back and forth between the experimental and accessible sides that Nicolas Godin and Jean-Benoît Dunckel united so perfectly on their debut. 10,000 Hz Legend might have been too grandiose and aggressively experimental for some Air fans, but Talkie Walkie sometimes felt as if the duo was presenting the most widely palatable version of their music possible. On Pocket Symphony, Dunckel and Godin find a balance between pretty and inventive that they haven't struck since, well, Moon Safari, even though it isn't nearly as immediate -- even by Air's standards, this is an extremely introspective and atmospheric album. It's beyond clichéd to call the duo's music filmic; nevertheless, "Space Maker" and "Night Sight" play like the album's opening titles and ending credits, bracketing a set of songs that are sadder and wiser than anything Air has done since The Virgin Suicides (particularly "Lost Message," which could have easily appeared on that soundtrack). Made around the same time Dunckel and Godin were working with Jarvis Cocker and Neil Hannon (who also appear here) on Charlotte Gainsbourg's 5:55 and Dunckel was recording his solo project Darkel, Pocket Symphony could be seen as part of a loose trilogy; if so, it's more in line with 5:55's moody romanticism than Darkel's hyper-pop (where, apparently, any lighter-hearted tracks along the lines of Talkie Walkie's "Alpha Beta Gaga" or "Surfing on a Rocket" ended up).

However, Pocket Symphony doesn't feel as serenely untouchable as some of Air's previous work, and these darker cracks and wrinkles give it character. These songs are often unsettling, but gently so, like dreams that are still vivid but hard to explain upon waking. The Neil Hannon-sung "Somewhere Between Waking and Sleeping" is the most obvious example of Pocket Symphony's fever dream atmosphere, but there are plenty of others: "Photograph," a quintessentially sensuous Air track, gives the impression of something a little sinister occurring just out of frame; "Redhead Girl" is a lush meditation on unrequited love so paralyzing that time itself stops. The entire album deals with toxic love and its fallout, but Dunckel and Godin alternate between romanticizing heartbreak and showing just how dreary it can be -- although, skilled mood-makers that they are, they manage to make dreary sound pretty romantic, too. The deceptively delicate single "Once Upon a Time" darkens its fairy tale imagery with the fact that once upon a time might be never, while the outstanding "One Hell of a Party," which features Jarvis Cocker on vocals, presents a breakup as a hangover (a sentiment Cocker also explored brilliantly on Pulp's This Is Hardcore).

Pocket Symphony pairs Air with producer Nigel Godrich, which is an inspired choice -- not just because Godrich has a similarly atmospheric touch and adds lots of fascinating sonic details, but because he helps Air keep the album intimate, not polished into a state of distant perfection. "Left Bank," which blends humming with a cello and captures Godin's acoustic guitar so clearly it sounds like he's strumming it behind you, is a gorgeous example of how well this collaboration works. The Japanese influence on Talkie Walkie and Air's music for Lost in Translation is deepened on Pocket Symphony, with shamisen and koto (which Godin spent a year learning to play) adding to its ethereal beauty, particularly on "Mer du Japon." Musically and thematically, this is some of Air's most elegant, mature music; it does what it does so compellingly that any attempts to be "poppy" would miss the point. 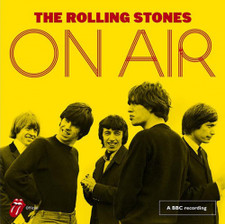 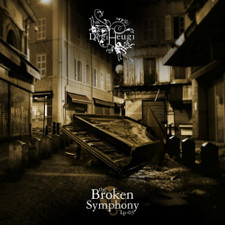