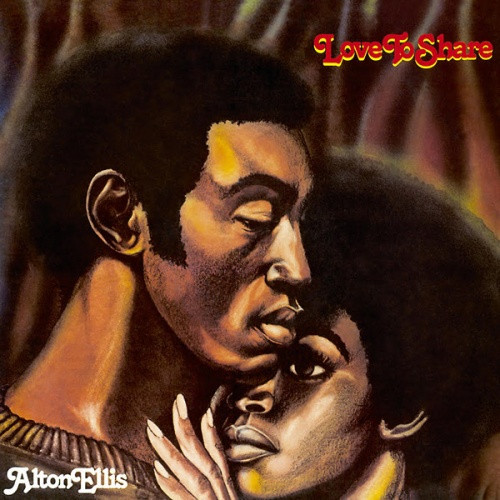 Radiation Roots present a reissue of Alton Ellis's Love To Share, originally released in 1979. One of Jamaica's most highly-rated vocalists, Alton Ellis made an incredible contribution to the island's popular music. Blessed with a particularly emotive voice that brings shivers to the spine, whether singing original material or cover tunes, Ellis was born and raised in Trench Town, the west Kingston ghetto area that gave rise to Bob Marley and the Wailers and countless other singers. Ellis and singing partner Eddie Parkins hit big in 1961 with the ballad "Muriel" for Coxsone Dodd, and after Parkins moved to the USA, Ellis teamed briefly with John Holt, and then began fronting the Flames harmony group. He excelled in the rocksteady style, christening the genre with "Rock Steady" and "I Have Got A Date", bouncing between Studio One and Treasure Isle for a number of years. From 1971, he spent increasing period in London, but continued to record hits in Jamaica for various producers. The 1979 release Love To Share was arranged by the great Studio One keyboardist Jackie Mittoo, who co-produced the album with Junior Lincoln, founder of the London-based Bamboo label; the disc straddles the line between lover's rock and roots reggae, remaining a lesser-known classic.