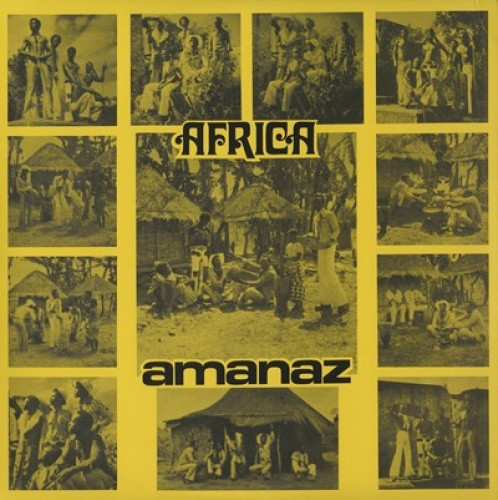 2020 repress of the 2015 reissue - Issued in 1975, this is the articulation of Zambia's Zamrock ethos. While other albums - Rikki Ililonga's Zambia, WITCH's Lazy Bones!! - are competitors, it's hard to best this album as it covers each major quadrant of the Zamrock whole: it came from the mines; its musicians were anti-colonial freedom fighters, it envelops Zambian folk music traditions, and it rocks - hard.

Amanaz were serious, and they made a serious stab at an album. They titled their album Africa, according to original band member Keith Kabwe, "because of how it was shared and how its inhabitants were butchered and enslaved, its resources stolen... all the atrocities slave drivers committed. " Thus, their "Kale," a blues sung in Nyanja, that traced the continent's arc from slavery to Zambia's independence closes the album.

Kabwe and rhythm guitarist John Kanyepa have a winsome softness to their vocals, which sit politely aside the feral growl of drummer Watson Baldwin Lungu, bassist Jerry Mausala and bandleader/lead guitarist Isaac Mpofu. Africa's vibe ranges from anxious ("Amanaz") to escapist ("Easy Street") to straight-up pissed-off. On the "History of Man," his voice whiskey-burned, his distorted guitar buzzing like swarming hornets, Mpofu indicts his species.

There's a darkness to Africa not found on any other Zamrock records, and a melancholy drifts throughout, specifically on Mpofu's more restrained "Khala My Friend," which stands as an effective, bleak situation for the Zambian everyman, the average citizen of a struggling, new nation, who might have had relatives in conflict-torn countries on the horizon, who might have been struggling to find his next meal, who might have seen a bleaker future than his president promised.

Then there's the clear Velvet Underground-influence on the nostalgic "Sunday Morning," which, as Kabwe recalls, was the first song written for the album, back in 1968, when Velvet Undergound and Nico was a new release - and the underground funk of "Making The Scene." The album also tackles traditional Zambian music and early-'60s rock - punctuated, of course by Kanyepa's wah-wah and Mpofu's fuzz guitars. But every time Amanaz get too deep, too violent, they come back with an accessible song and woo their listener back to the groove. "Green Apple" is a civil song, featuring Kanyepa's sighing guitar.

It is a perfectly arranged album, from the dichotomy of Mpofu's and Kanyepa's lead and rhythm guitars, to the vocal harmonies, to the rhythm section's sense of space and time, which allows Africa's funk to build. Inexplicably, Africa was given two separate mixes and two separate presses: one version is dry, with the vocals and drums mixed loud, the other slathered in reverb, with the vocals and drums disappearing into the mix, and with the guitar solos mixed much louder. We've presented them both here as they each have their appeal: it's up to the listener to pick the one he or she prefers. This is a highpoint of the Zamrock scene and we hope that this can be seen as its definitive reissue. 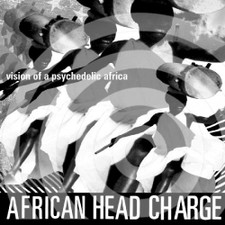