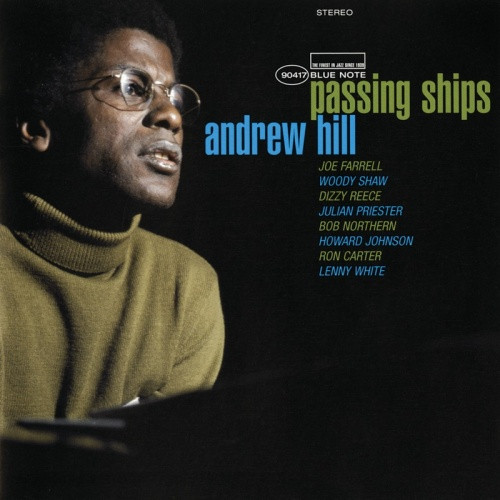 2021 reissue - Blue Note has made available a completely unreleased Andrew Hill date from 1969. Passing Ships wasn't even included in the Mosaic box because the master tape wasn't found until 2001. The band Hill employed on this session was a nonet, featuring Woody Shaw and Dizzy Reece on trumpets, Joe Farrell on reeds, woodwinds, and English horn, Howard Johnson on tuba and bass clarinet, Ron Carter on bass, Lenny White (on only his second recording date) playing drums, trombonist Julian Priester, and French horn player Bob Northern. The music here is ambitious. Hill's scoring for one reed, two trumpets, and low brass is remarkable for the time. In fact, it isn't until his big-band album of 2002 that he ever ventured into these waters again. The title cut, with its bass clarinet and English horn counterpoint, is almost classical in structure but nearly Malian in melody. While the cut's dynamics are restrained, its color palette -- especially with the lilting muted trumpets playing a mysterious harmonic line -- is flush and royal. "Plantation Bag" is a showcase for Farrell's tough, grooved-out soloing as he blows blue and free in response to Hill's funky, large-spread chord voicings. The trumpets layer one another in the middle of the tune, alternately soloing and punching comp lines through the middle. The Asian melodic figures at the heart of "Noon Tide" add exoticism to one of the most adventurous tunes ever written by Hill. Rhythmically it turns on pulse rhythms that shift and slide methodically as Priester takes the tune's first solo, playing against Hill's left-hand stridency. Of the remaining three selections, "Cascade," with its staggered harmonic architecture that goes against all common wisdom for big-band harmony, is remarkable for its precision and rhythmic invention. Why this isn't going to be out there for the general public for all time is beyond reason. Why punish the artist that way? Conventional wisdom would suggest that something that has been unearthed for the first time in 34 years deserves to be a part of the general catalog. 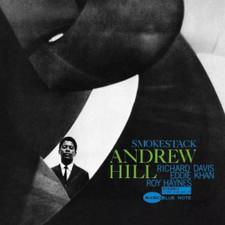