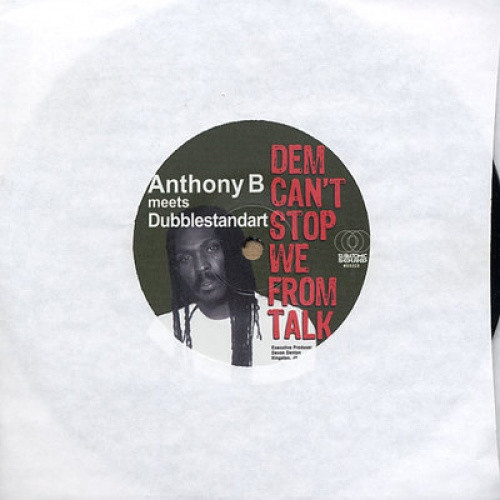 Recorded in Jamaica, Senegal, and New York City, this vinyl exclusive mix was specially designed for DJs! Anthony B delivers one of his most explosive, politically defiant vocals over a meticulously crafted beat by NYC's Subatomic Sound System and the Nomadic Wax crew for a project called NYC-2-Africa, sonically tracing the diaspora of African drumming through the Jamaican reggae dancehall to the New York City hip hop streets. The B-side features a hard hitting new mix of the naked NYC-2-Africa riddim, so you really get to to hear the interlocking rhythmic patterns of the African sabar drums, guitar, and horns peppered with a lick of dubwise effects that keeps it lively as a stand alone tune while at the same time leaving plenty room for a vocalist on a sound system to chat, sing, and do his ting!

and had press and DJs going wild. The riddim led over 30 vocalists from nearly every continent around the globe to voice their own recorded versions which are being compiled for a forthcoming release. One single on this riddim, titled "NYC-2-India", was released last spring, topped Beatport charts, and since was licensed for CD release by Universal Music.

Last spring, Kingston, Jamaica was a charged environment, with Tivoli Garden's literally catching fire in a military raid sparked by the Prime Minister's order to extradite the gangsta and Tivoli Gardens don known as "Dudus". Controversy and collateral damage ensued, and when NYC's Subatomic Sound label chief Emch, Vienna's Dubblestandart founder Paul Zasky, and Kingston's Peoples Records chief, Devon Denton met up to make music with Anthony B, this was the result.

Anthony B's politically charged anthem called out JA's Prime Minister Bruce Golding at the time he was struggling with civil war surrounding the United States-requested extradition of "Dudus," a don from the Tivoli Gardens garrison district of Kingston and a leader of the Prime Ministers main constituencyae"an obvious point of hypocrisy. Anthony B recorded his vocals in Kingston in April 2010, as the the city broke out in riots capped off by the Tivoli Gardens extradition raid. Tensions were further heightened by a drought that led to water supplies to many of Kingston's residents being cut off for days at a time. When Anthony first heard the African drums, his eyes lit up and he and his crew began a classic African call and response chant to the beat. After listening to the riddim over and over on repeat, he demanded to go straight into the studio and, without a word written, delivered a blistering performance, waiving his lighter and literally jumping off the walls of the vocal booth while singing like a man possessed by inspiration. 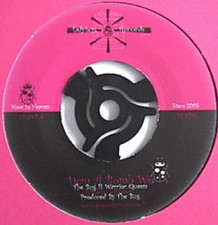 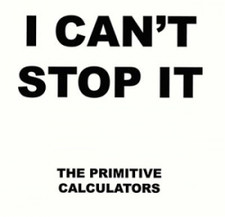 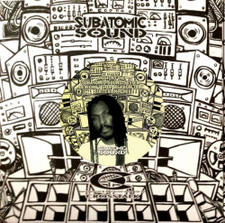