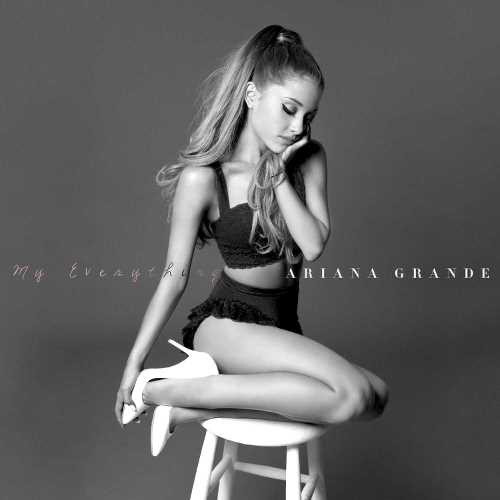 Ariana Grande - My Everything - LP Vinyl

2019 reissue on black vinyl - When My Everything arrived as the summer of 2014 drew to a close, it was clear that Ariana Grande was poised to be the reigning pop diva of the mid-decade. Possessed with greater vocal chops than any of her peers -- her effortless runs revealed the limitations of Katy Perry and Rihanna -- she luxuriated in her debt to Mariah Carey on her 2013 debut Yours Truly, working mainly with Babyface to re-create the vibe and feel of the '90s. On My Everything, Grande takes a decisive step into the future, breaking away from Babyface so she can bring in a host of modern producers -- Max Martin, Shellback, David Guetta, Benny Blanco, Ryan Tedder, Darkchild, and Pop & Oak among them -- not to mention a parade of guest stars highlighted by Iggy Azalea, A$AP Ferg, the Weeknd, Childish Gambino, Zedd, and Big Sean. All this suggests Grande is resolved to inhabit her time, which is true. She remains anchored in '90s soul on My Everything -- and it's hard to deny her love of Mariah, although Ariana rarely indulges in the high-flying melisma that's her idol's specialty -- but there are serious EDM flourishes and a facility with hip-hop