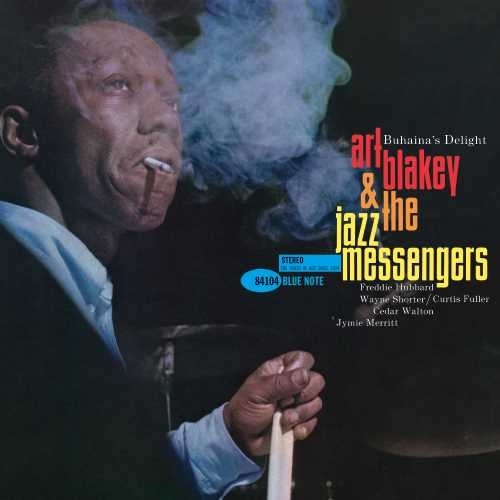 2020 reissue, part of the Blue Note 80 Vinyl Reissue Series - Arguably the finest lineup of the Jazz Messengers (with the possible exception of the Lee Morgan edition), this incarnation of the band -- Blakey, saxophonist Wayne Shorter (here playing tenor), young trumpeter Freddie Hubbard, trombonist Curtis Fuller, pianist Cedar Walton, and bassist Jymie Merritt -- set the tone for the hard bop movement of the '60s. This release features six classic modern-jazz icons and four alternate takes. Starting with Shorter's "Backstage Sally," the band jump into a happy, staccato horn chart and the groove-style shuffle that was their signature sound. Shorter's tenor-led ballad "Contemplation" finds the brassmen solidly behind him as he unleashes a breathtaking solo, while the Fuller-penned "Bu's Delight" is a supersonic hard bopper featuring Blakey's cage-rattling drum breaks and a formidable Walton solo. Written and led by Shorter, "Reincarnation Blues" is another good swinger, with counterpoint and unison lines sprinkled in together. The stunner of the set is Walton's "Shaky Jake," a low, moaning melody with deep-blue harmony soaring over a groove shuffle. On "Moon River," a frisky bopper featuring substantial solos from Hubbard and Fuller and a joyous arrangement modified from the original blue waltz, the song's staggered phrases are introduced and interrupted by drum breaks. The second takes of "Moon River" and "Backstage Sally" are fairly close to the first takes, while the alternate versions of "Reincarnation Blues" and "Bu's Delight" run one to two minutes shorter than the originals. Overall, you won't find a better representation of what modern mainstream jazz sounds like. Blakey and his band are on it from start to finish. 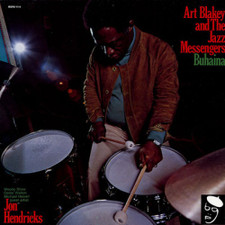 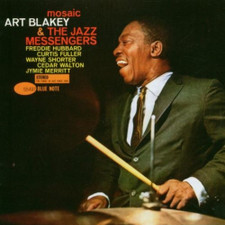