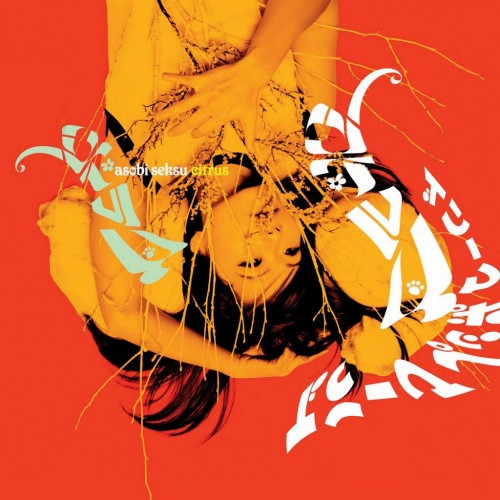 2017 reissue on 180g vinyl, originally released in 2006 - Contrary to what you may see written about them, Asobi Seksu aren't gazing at their shoes on their second album-- they're looking skyward the whole time. Yes, the guitar overload, massive reverb, and deceptively sweet vocals are all there, but this New York quartet is anything but a My Bloody Valentine retread.

Frontwoman Yuki Chikudate gives the band a charismatic focus, and her vocals range from a soulful croon to a delicate wisp. Whether she's singing in Japanese or English (she does both in about equal measure), she always keeps it catchy, and that squishing sound you hear when she sings "put your tongue up to my battery" on "Nefi+Girly" is indie boys melting across the country.

If the singer/keyboardist was the only member of the band who had anything going on, you wouldn't have much to work with, but guitarist James Hanna offers some great backing harmonies-- especially on the chorus of "Goodbye", with its twanging hook and subdued tone. The new rhythm section of drummer Mitch Spivak and bassist Haji moves things along with no fuss, no muss, which is all the better for Hanna to spill guitar guts all over the place. "Red Sea" is the most egregious instance of string abuse, as sparkling noise overwhelms the basic pop song it begins with like a humpback consuming krill.