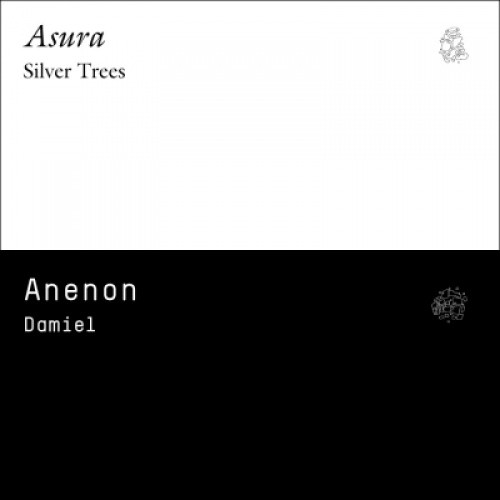 Double A side split from the young and rapidly rising artist Ryan York as Asura, along with Non Projects founder, Brian Simon, as the newcomer Anenon (pronounced on-and-on) on the flip.

Asura's music has been described as "absolutely magical" by Mary Anne Hobbs and York's work here only furthers this ethos. Asura's side documents his post self-titled debut musical activities with dreamily orchestrated and expertly crafted hypnagogic head nodders featuring his own soaring voice ("Silver Trees," "Outer Bnk"), a gorgeous ambient synth / tape manipulation experiment ("Crimson and Bone") a manic IDM ode ("The Ocean") and the deep beats, hiss and crackle of "Sleepers," a track originally made for his first ever Low End Theory club performance. After listening, it is clear that Silver Trees is a true testament to York's unbelievable range as an artist. Portions of this side have been heard on his amazing 15-minute mix for Mary Anne Hobbs, which aired April 8 on BBC Radio 1.

Anenon shows his distinctive artistic capabilities with a 13 minute journey through a dream that may or may not have happened - a false recollection of sorts brought to life with his free jazz, classical and laptop composition inclinations. Gushing synthesizer waterfalls unite with lumbering downtempo beats and floaty percussion to kick things off ("Chimera"). The beautifully lucid synth ballad and title track "Damiel" follows (recently featured on an exclusive mix by LA beat star Take). This leads into "Retold," which fleshes the rest of the side out with skittery free jazz drums underpinned by a four on the floor thump with melodic synth chords and melodies building and floating in and out. Finally, the epic yet restrained closer "Endless," emerges featuring more budding chaotic drums, hypnotic synth lines and Simon's own tenor saxophone playing and arranging. 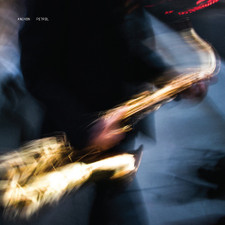 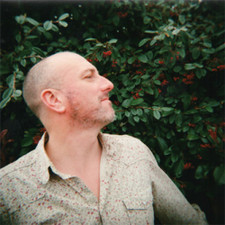