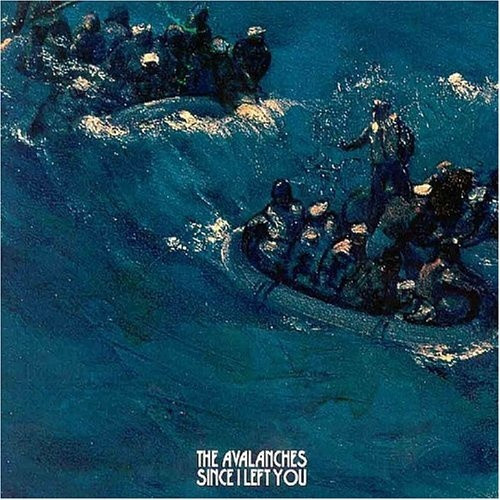 Avalanches - Since I Left You - 2x LP Vinyl

2017 reissue, black vinyl version - Contrary to the beliefs of many middle-American supermarket-goers, not all samples are free. Just ask Vanilla Ice. When he "sampled" the bassline from Queen and David Bowie's "Under Pressure," he was faced with a multi-million dollar lawsuit, rather than a complementary napkin and toothpick. Sure, nobody bats an eye when copyright law takes some money out of the shiny, rhinestone-encrusted pockets of Rob Van Winkle or Puff Daddy, but as soon as lawsuits trip up avant-hoodlums like John Oswald of Plunderphonics fame, the concept of thievery-as-art becomes a hot topic, and the line between sampling and stealing becomes fiercely contended.

Given the fact that Since I Left You, the debut album from Aussie party animals the Avalanches, contains over 900 individual samples, it's pretty incredible that this thing got released in the first place. The fact that they sample everything from long-forgotten R&B; records to golf instructionals to Madonna's "Holiday" makes it even more impressive. But what really makes this album brilliant is not as much the volume or quality of the samples used as the way that they're employed. The Avalanches have managed to build a totally unique context for all these sounds, while still allowing each to retain its own distinct flavor. As a result, Since I Left You sounds like nothing else.

Much of the beauty of the opening title song and its accompanying track, "Stay Another Season," lies in the way that the Avalanches turn obvious sonic mismatches into something all their own. It's not too common that you'll hear a sample of a horse, a rastafarian singer, and an invitation to a Club Med disco all in the same song, but somehow it makes perfect sense under the masterful direction of the Avalanches.

Indeed, many of the most interesting moments on Since I Left You come with these mismatches. "A Different Feeling" sets horn blasts from 1974 against video game sounds from 1988-- the kind of bizarre pairing of classic soul with futuristic sounds that constitutes a substantial part of Avalanches magic. "Radio," which is slated for release as the band's next Australian single, centers around a mantra-like vocal sample, a thick disco bassline, and bits and pieces of filtered guitars and synthesizers.

Throughout Since I Left You, sampled vocals are used almost like percussion. But rather than utilizing the frenetic, intricate rhythms seen in most contemporary rap, the Avalanches repeat small vocal samples over and over again, melding them into their rump-rocking grooves. And while many of these songs rely heavily on the repetition of beats and samples, no single part of the record is allowed to stagnate. Something is always being mixed up-- a sample transposed up or down a few steps, a beat chopped up into little pieces and seamlessly restructured, an unexpected vocal sample popping up out of nowhere before being swallowed up by the massive sound the Avalanches have concocted.

Another key element of Since I Left You is the keen sense of humor the Avalanches display throughout. And "Frontier Psychiatrist," one of two singles already released from the album, is simply one of the funniest songs I've heard in ages. Relying on a heavy, Ninja Tune-style beat for backing, "Frontier Psychiatrist" busts out samples from 37 spoken word recordings, resulting in an oddball, hilarious pastiche of phrases like, "You're a nut! You're crazy in the coconut!" And some brilliant scratching on a sample of a parrot.

Though it contains many distinct songs and moods, Since I Left You is a remarkably coherent record on all fronts. Aside from the fact that the Avalanches achieve a certain uniform "sound" on this album, subtler elements come into play as well. Songs blend seamlessly into one another. Samples reappear from song to song. And the album's final cut, "Extra Kings," with its breezy flute and psychedelic swells of sound, puts a brilliant twist on the album's title track, fading out with that same chipmunky voice lamenting, "I've tried but I just can't get you/ Ever since the day I left you." 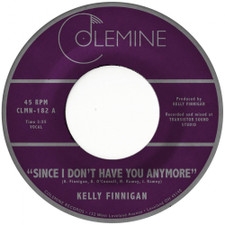 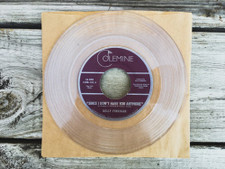