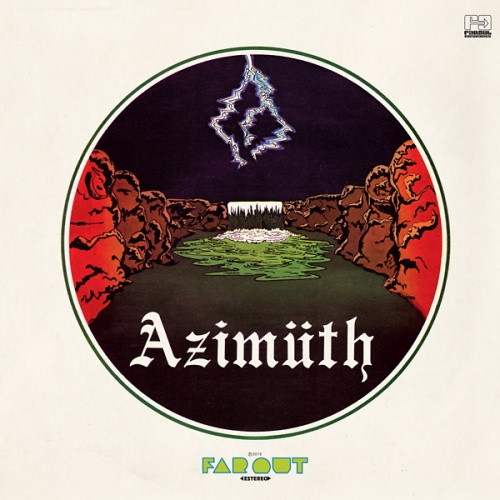 2015 release; 2017 repress in a gatefold jacket. Far Out Recordings present a reissue of the seminal debut album from Azymuth, Azimüth, originally released in 1975. Having never seen a vinyl release outside of Brazil, Azimüth is considered a milestone in Brazilian music.

Azymuth -- Jose Roberto Bertrami, Ivan Conti, and Alex Malheiros, as well as Ariovaldo Contesini -- formed in the late '60s just as Os Mutantes released their debut record (1968). Whilst Mutantes were honing a psychedelic "Amazonian" version of western pop music, Azymuth were creating a futuristic, electric interpretation of US jazz -- also driven by the same rootsy Brazilian "swing" that Mutantes had harnessed.

Bertrami was the drive behind Azymuth's sound -- a control freak and musical genius obsessed with the latest technology who wanted to use it to push the boundaries of music in a way that no one else in Brazil had done. His use of keyboards has drawn comparisons between Azymuth's work and Herbie Hancock's early '70s output, yet with its Brazilian swing Azymuth's electric jazz sound is unmistakably their own.

Conti is an impulsive and an incredibly energetic drummer. Alex Malheiros, who learned his trade playing from the master of Brazilian swing Ed Lincoln, is one of Brazil's original groove masters. Bertrami rose to fame as an arranger in the mid-60s, and by the late '60s he was arranging for the queen of Brazilian music, Elis Regina.

Released in summer 1975, the album was a minor commercial success selling 200,000 copies. Opening track "Linha do Horizonte" -- a sublime piece of melancholic electronic saudade where deep cinematic synths melt into gently strummed acoustic jazz guitar -- was chosen for a TV novella and went on to sell half a million, propelling Azymuth onto the Brazilian music scene. The rest of the album doesn't disappoint -- "Melô Dos Dois Bicudos" sees Azymuth plugging them into the Brazilian national grid for a slice of electrified psyched out samba funk with crashing military drums, shrieking sirens and psych synths. "Brazil" is a lolloping bass led groover with Bertrami's melody giving the track a charming, innocent naivety, and "Caça A Raposa" is a boogie jazz funk groover. Azimüth is the album that kick-started it all for them, the record that was the blueprint and definition of their "samba doido/crazy samba" sound. Comes in a gatefold sleeve; 180 gram vinyl; Edition of 500. 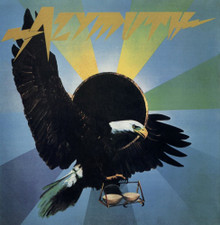 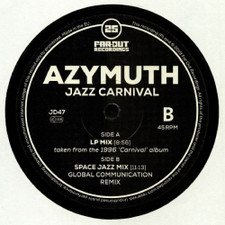 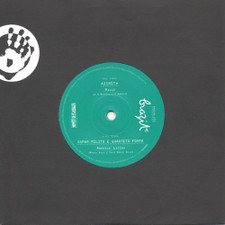