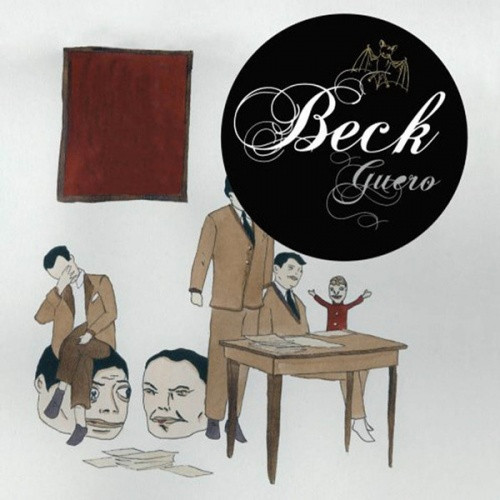 Available for the first time ever as a single LP, 2016 reissue on 140g vinyl. Ever since his thrilling 1994 debut with Mellow Gold, each new Beck album was a genuine pop cultural event, since it was never clear which direction he would follow. Kicking off his career as equal parts noise-prankster, indie folkster, alt-rocker, and ironic rapper, he's gone to extremes, veering between garishly ironic party music to brooding heartbroken Baroque pop, and this unpredictability is a large part of his charm, since each album was distinct from the one before.

That remains true with Guero, his eighth album (sixth if you don't count 1994's Stereopathetic Soul Manure and One Foot in the Grave, which some don't), but the surprising thing here is that it sounds for all the world like a good, straight-ahead, garden-variety Beck album, which is something he'd never delivered prior to this 2005 release. In many ways, Guero is deliberately designed as a classicist Beck album, a return to the sound and aesthetic of his 1996 masterwork, Odelay. After all, he's reteamed with the producing team of the Dust Brothers, who are widely credited for the dense, sample-collage sound of Odelay, and the light, bright Guero stands in stark contrast to the lush melancholy of 2002's Sea Change while simultaneously bearing a knowing kinship to the sound that brought him his greatest critical and commercial success in the mid-'90s.

This has all the trappings of being a cold, calculating maneuver, but the album never plays as crass. Instead, it sounds as if Beck, now a husband and father in his mid-thirties, is revisiting his older aesthetic and sensibility from a new perspective. The sound has remained essentially the same -- it's still a kaleidoscopic jumble of pop, hip-hop, and indie rock, with some Brazilian and electro touches thrown in -- but Beck is a hell of a lot calmer, never indulging in the lyrical or musical flights of fancy or the absurdism that made Mellow Gold and Odelay such giddy listens. He now operates with the skill and precision of a craftsman, never dumping too many ideas into one song, paring his words down to their essentials, mixing the record for a wider audience than just his friends.

Consequently, Guero never is as surprising or enthralling as Odelay, but Beck is also not trying to be as wild and funny as he was a decade ago. He's shifted away from exaggerated wackiness -- which is good, since it wouldn't wear as well on a 34 year old as it would on a man a decade younger -- and concentrated on the record-making, winding up with a thoroughly enjoyable LP that sounds warm and familiar upon the first play and gets stronger with each spin. No, it's not a knockout, the way his first few records were, but it's a successful mature variation on Odelay, one that proves that Beck's sensibility will continue to reap rewards for him as he enters his second decade of recording. SIDE A
1. E-Pro
2. Qué Onda Guero
3. Girl
4. Missing
5. Black Tambourine
6. Earthquake Weather 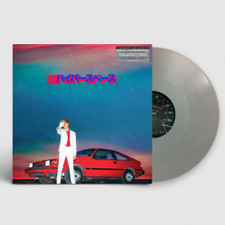