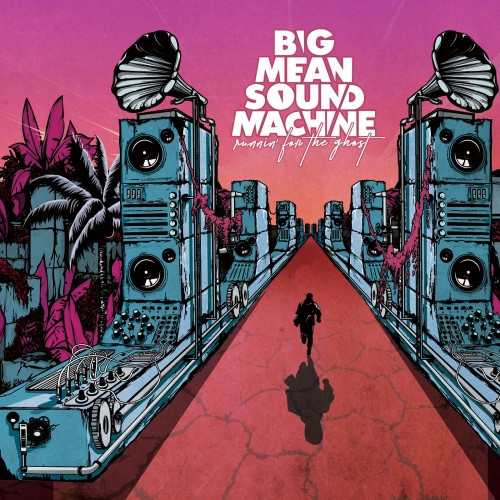 In a time when people need to come together more than ever, Big Mean Sound Machine is spreading positivity through communal dance by creating music that moves people of all ages and backgrounds. On April 7th, the ten piece New York based band breaks new sonic ground and creates a unique flavor of instrumental music with their fourth full-length studio album, Runnin’ for the Ghost, co-released by Peace & Rhythm and Blank Slate Records.

While on tour, Big Mean opened a new chapter when the band had the honor of meeting and playing with master drummer Tony Allen (pioneer and co-creator of afrobeat with Fela Kuti and the Africa 70). His dream of seeing afrobeat music spread globally to become bigger than any one person or any one group motivated Big Mean to carry the torch of original dance music into the 21st century. Though traditional afrobeat has had a major influence on Big Mean Sound Machine, the music on Runnin’ for the Ghost reaches far beyond tradition and pushes the band’s sound in new ways through the mixing and blending of many genres, keeping with the spirit that inspired Allen and Kuti to create their own style in the first place.

On Runnin’ for the Ghost, Big Mean continues to harness their collective creativity as the majority of the conception, arrangement and production came from within the band. Bassist and band leader Angelo Peters led the charge in producing the new record while recruiting Matt Saccuccimorano (of Big Mean's previous release Contraband) to engineer the first live studio session. Later, Peters engineered and mixed the rest of the album at Big Mean Studios with additional recording and production from bandmates Dan Barker, Andrew Klein and Lucas Ashby. Big Mean’s synth wizard Dana Billings added the final touches in mastering the album, completing the process.

To push forward into new creative territory, while recording Runnin’ for the Ghost the band tried a different approach than usual by learning, arranging and recording certain tracks in a single day, crafting the music spontaneously in the studio. This new collaborative approach shines through on the standout track “Van Chatter.” The song delves into the realm of West African Highlife and Central African Soukous with articulate and fast moving guitar sounds alongside a call and response horn melody, creating a lively conversation between tradition and innovation.

Another highlight is the lead single, “Seeing The Bigger Picture,” which incorporates Afro-Cuban percussion patterns and a driving, melodic bass groove that support an uplifting horn melody and a swirling analog synthesizer solo. Each band member’s unique musical voice serves as a thread in a seamlessly intertwined fabric of sound, creating an anthem for Big Mean’s mission to move people. It premiered on Live for Live Music. The premiere of the music video for “Seeing The Bigger Picture” will coincide with the album release. The cover features dramatic artwork by Pierce Marratto. 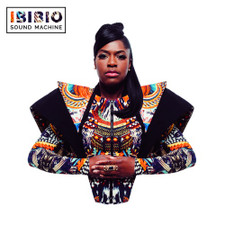 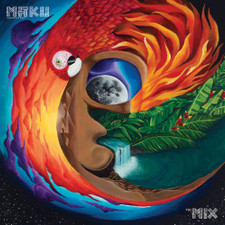 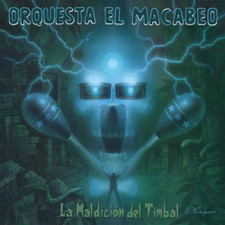