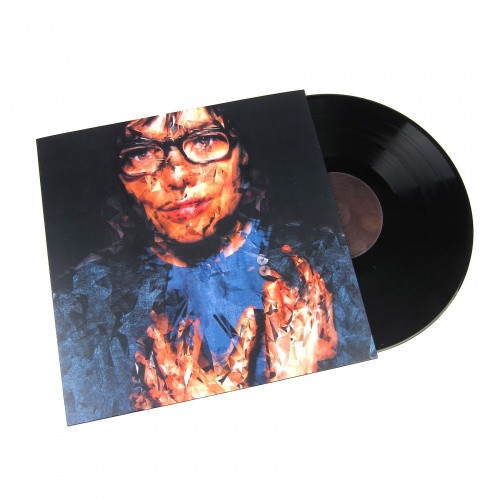 2016 reissue on 180g vinyl - Selmasongs: Music from the Motion Picture Soundtrack Dancer in the Dark is, and is not, a Björk album. While it's filled with rampant creativity, startling emotional leaps, and breathtaking vocals and arrangements, it isn't as playful as her other albums, even 1997's relatively dark Homogenic. Instead, it presents Björk as Selma, her character from Lars von Trier's Dancer in the Dark: a Czech factory worker who is going blind but finds hope and refuge in the musicals she watches at the cinema. (Von Trier wanted to work with Björk after seeing Spike Jonze's musical-inspired video for "It's Oh So Quiet.") She acts through the music she composed, performed, and produced with conductor/arranger Vincent Mendoza and her longtime collaborators Mark "Spike" Stent and Mark Bell. Selma's unsinkable optimism and tragic end are telegraphed through songs like the irrepressible, cartoonish "Cvalda" to the sad, starry lullaby "Scatterheart." Selmasongs' best tracks are poignant, inventive expressions of Björk's talent and Selma's daydreams and suffering. "In the Musicals" shows how easy it is for Selma to slip into one of her Technicolor reveries: "There is always someone to catch me," Björk sighs as clouds of strings, harps, and xylophones rise up to meet her. "New World" reprises the simultaneously hopeful and ominous melody of "Overture," adding striking vocals and shuffling, industrial beats that reflect Selma's life in the factory as well as Björk's distinctive style. Selmasongs also succeeds as a soundtrack, sketching in details of Selma's story. "I've Seen It All," a duet with Thom Yorke, captures her stunted romance with a co-worker, while the tense "107 Steps" takes the listener to her journey's end. Intimate and theatrical, innovative and tied to tradition, Selmasongs paints a portrait of a woman losing her sight, but it maintains Björk's unique vision.