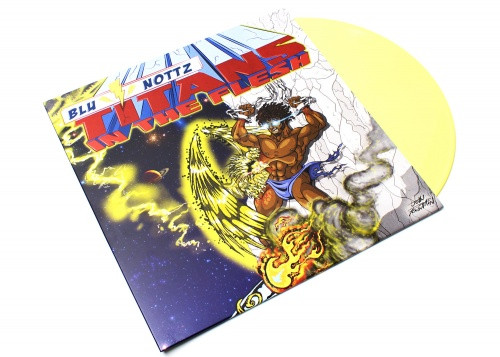 In 2013, underground rap heavyweights Blu and Nottz teamed up for 'Gods In The Spirit,' one of the year’s most critically adored EPs. And upon its release, the duo made it clear they weren’t done there, but they also weren’t about to rush their follow-up. As much as fans clamored for its release, Blu and Nottz earned the ability to take their time with their sophomore effort. And that's evident throughout 'Titans In The Flesh,' which builds on its predecessor and proudly stands on its shoulders.

Like 'Gods,' 'Titans' finds the Ca-Va connection keeping things concise and cohesive. They’ve delivered six tracks of original, brand-new material that slaps and bumps as much as it pours over with lyrical brilliance. Of course, that won’t surprise any longtime fans of either artist, both of whom have been steadily making their mark since first emerging on the scene (2003 for Blu, and 1998 for Nottz).

Blu and Nottz are two of the most prolific and valued cultural contributors of their respective trades, and it’s while working together that the two make some of their most triumphant and powerful music. You hear that immediately on chest-pounding opener "The Truth," the pure funk of "Heaven on Earth," and the beyond-slick rhyming and crazy drums of "The Man."

Speaking of “The Man,” Nottz steps to the mic as he closes out the track following a clever verse from Blu’s day one beat conductor, Exile. Elsewhere, Blu is joined on the mic by hard-hitting trio Bishop Lamont, Torae, and Skyzoo on “Giant Steps,” which boasts cuts from the remarkable DJ Revolution, while singer Shateish appears on soulful opener “The Truth.” Blu then sits it out on “To The East,” as he lets Definite, TriState, Mickey Factz, and Johaz command the bruising track. And as a bonus, the EP boasts a colossal flip of “Atlantis,” courtesy of J57 on production, with Akie Bermiss belting out a fiery hook. 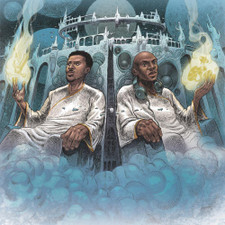 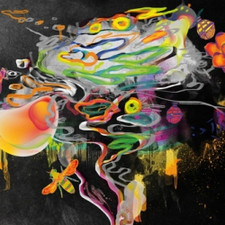