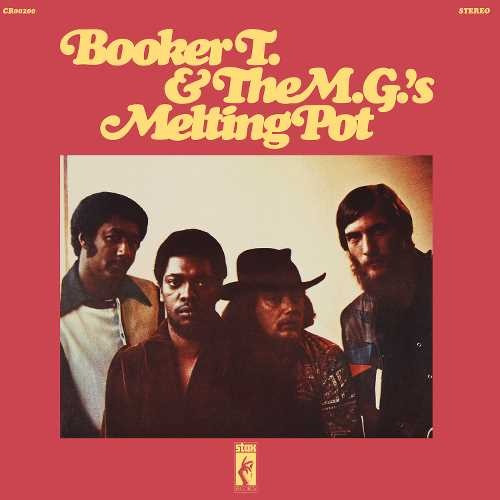 2019 reissue - Melting Pot could be the most well-realized of all the albums by Booker T. & the M.G.'s, a smooth and soulful, yet expansive 35 minutes of all originals, the latter in sharp contrast to their exploration of the Beatles' Abbey Road album material on their preceding album. And the irony was that it was their swan song. Booker T. Jones, in particular, was increasingly unhappy working at Stax/Volt Records, owing his feelings to management and structural changes at the company, and also felt the need to change the group's formula somewhat. Steve Cropper was playing lots of session work that was keeping him from recording in Memphis as well, and the result was an album recorded mostly in New York City, far away from Stax/Volt and largely built on the group's (especially Jones') best impulses. That said, Melting Pot managed to be a sort of back-to-the-roots effort in the sense that they were back to doing originals, but was also a strikingly more expansive record, with Jones in particular playing with an almost demonic intensity and range, backed ably by Donald "Duck" Dunn's rocksteady bass in particular. There were a few other touches, such as the wordless chorus on "Kinda Easy Like" and extended running times, showing the group stretching out on much larger musical canvases. 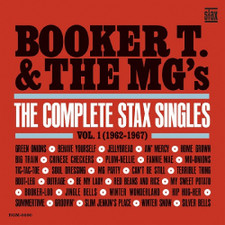