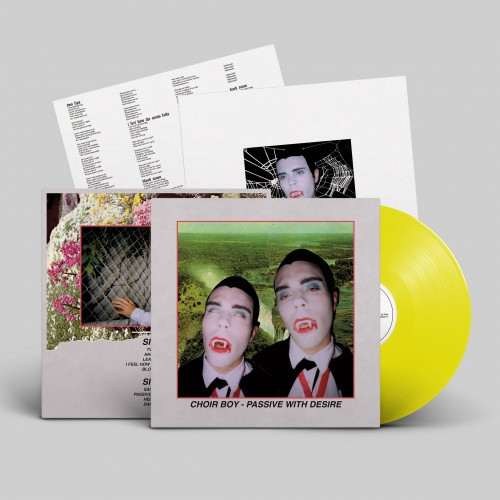 2021 repress of the 2018 reissue, banana yellow version - Since his recording debut as Choir Boy in 2016, Adam Klopp has crafted nostalgic anthems, tapping the sound of swirling 1980s synth noir and captivating, cinematic songs sweeping with pensive sorrow and glowing hope. As a former member of the Mormon faith, Klopp spent his youth both in the pews of his place of worship, but also churning through DIY punk venues, before leaving the sect in the thick of a mission in Tahiti.

The duality of faith and fiction are central to the lush explorations on his debut album Passive With Desire. Recorded at Studio Studio Dada, the album’s tracks permuted as bedroom sketches, awash with camp, the sting of loss, and allusions to halcyon days of nocturnal, electronic driven pop. Retaining elements of Klopp’s original demos, Passive With Desire was recorded with a full band and polished with trumpet, strings, as well as archival samples calling back to Klopp’s hazy youth.

Now available for the first time in a wide release, Passive With Desire is a proper introduction to Choir Boy’s unique brand of storytelling, orated by Adam Klopp’s full, rangeful vocals. 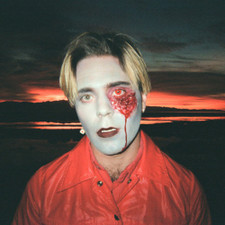