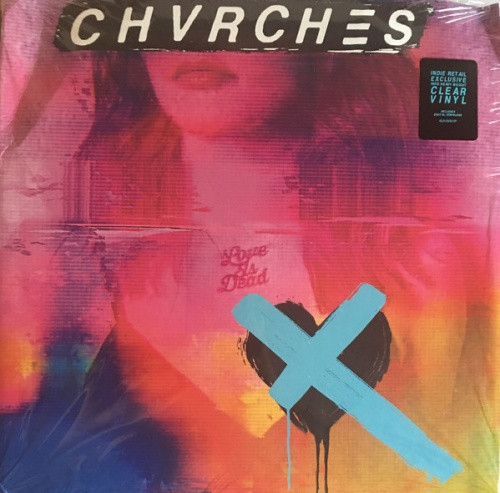 indie only clear vinyl version - Don’t let the nihilistic title trick you. Chvrches – named, after all, for a place of communion – specialise in sonic succour. There’s no false salvation for disheartening times to be found in the Glasgow trio’s third album, but a battery of bright, rallying choruses that break free of sludgy despair. Lead single Get Out is a punchy plea for release from ruts personal and political, Graves a raging against apathy, Deliverance a crisp warning against the presumptions of religion.

All this comes wrapped in their most seductive package yet. Over two self-produced top 10 albums, Lauren Mayberry, Martin Doherty and Iain Cook, all graduates of alternative and post-rock bands, have refined a sound that keeps one foot in indie electronica, the other in modern radio pop and its heart in 80s synths. Here, they’ve embraced co-producers for the first time in Greg Kurstin and Steve Mac, and their most sparkling euphoria, bolstered by live drums, is to the fore on the likes of gorgeous opener Graffiti, a neon-inked love-letter to young friendships. For every sunburst, though, there’s a chill, as on My Enemy, a duet between silvery-voiced frontwoman Mayberry and the National’s Matt Berninger that creeps in with a breaking-hearts snap of beats, or on dark, technoid epic God’s Plan, sung by Doherty. By the time the Roxette-ish worry-wart power ballad Wonderland brings it to a close, love is burning harder than ever.