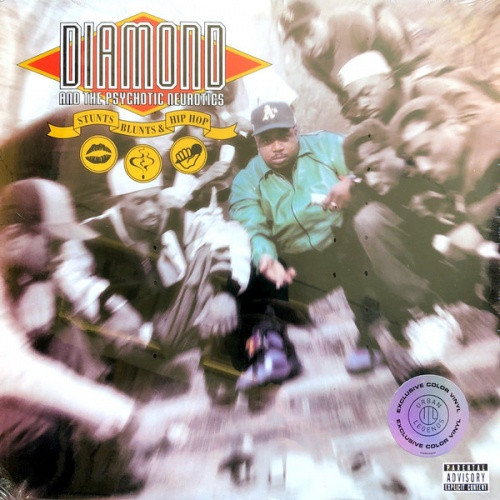 2018 reissue on GREEN VINYL - Diamond D had quietly provided some exciting production work and made strides within the rap music industry and community throughout the early '90s, but his name didn't become immediately recognizable until his classic guest appearance rapping on A Tribe Called Quest's "Show Business" ("Take it from Diamond/It's like mountain climbing/When it comes to rhyming/You gotta put your time in"), off their masterful second album, The Low End Theory. Even amid vintage verses by such lauded hip-hop company as Tribe's Q-Tip and Phife and Brand Nubian's Lord Jamar and Sadat X, something about Diamond D's forthright and rock-solid, but totally laid-back, style stood out.

Hip-hop heads waiting to hear more from him were rewarded with a veritable wealth of treasures when Stunts, Blunts & Hip-Hop, Diamond D's debut album, was released the following year. The album instantly became -- and remains -- something of an underground masterpiece. Stunts is a hugely sprawling, amorphous thing. Nearly 70 minutes would generally seem far too long for a hip-hop album to sustain any degree of good taste, especially one that is mostly song-based and keeps the de rigueur between-song skits to a minimum. There is, in fact, a fair amount of filler here; but even that filler, after several listens, is so ingratiating that the album would seem incomplete without it, and it helps the album to actually be listenable in its entirety, as a single, long, whole statement.

Part of the reason even the filler works is because the production -- most of it by Diamond D himself -- is uniformly excellent. The music he comes up with is just as steady as his rhyming. As for his simile-heavy lyrics, they can occasionally seem stilted or awkward, and aren't exactly complex, but Diamond spins a long yarn -- sometimes autobiographical, sometimes fantastical, sometimes a projected scenario -- with the best of them, although he can also delve too often into blanket boasting, and sometimes his words lack any particular direction. It's the everyone-in-the-studio ambience, though, rather than any particular standout aspect, that propels the album.

Certain songs do stand out from the overall tapestry of the album: the woeful girl-gone-wrong tale "Sally Got a One Track Mind"; "*!*! What U Heard," with its bouncy bassline; the insistent "Red Light, Green Light"; the Jazzy Jay-produced "I Went for Mine"; the loping "Check One, Two"; the groovy "Freestyle," co-produced by Large Professor; "K.I.S.S.," co-produced by Q-Tip; and the jazz-tinged "Feel the Vibe." But they make far more sense as part of the album's cycle. The most enjoyable way to listen to the album's individual parts is to also listen to the stuff that surrounds it. 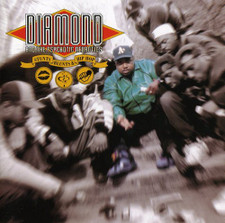 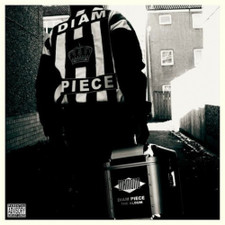