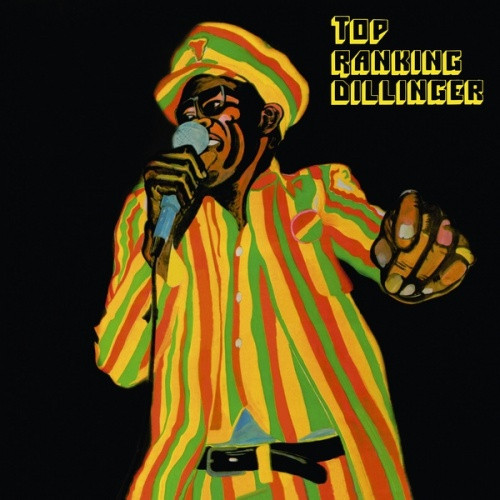 2019 reissue - Radiation Roots present a reissue of Dillinger's Top Ranking Dillinger, originally released in 1977. One of Jamaica's most popular "deejays" or rappers, Dillinger was one of the few Jamaican sound system toasters to rise to international prominence as a recording artist during the mid-1970s. Born Lester Bullocks in 1953, he was raised by his grandmother in a peripheral neighborhood located on the outskirts of Kingston. After moving into a tough ghetto area in western Kingston, he became a protégé of Dennis Alcapone, the star deejay on an influential set called El Paso, and was known as Young Alcapone until the maverick producer Lee "Scratch" Perry renamed him Dillinger, cutting a dozen or so tracks at Dynamic Sounds studio in 1973, of which the most noteworthy was "Dub Organiser," which saluted King Tubby and his sound system. Recordings for Phil Pratt, Augustus Pablo, The Abyssinians, and GG Records led to an impressive album for Studio One, but it wasn't until he began recording for Ossie Hibbert and Joseph Hoo Kim at Channel One that the world took notice, following the dramatic success of Island's CB200 album and its breakthrough hit, "Cokane In My Brain." The album Top Raking Dillinger was produced by Bunny Lee in 1977 and sees the toaster in fine rapping form over some of Lee's toughest contemporary rhythms, including Ronnie Davis's "Hard Times" for "Rat A Cut Bottle" and Johnny Clarke's update of Alton Ellis's "Cry Tough" for "Ranking Of The Past." There are also roots mutations of past classics, including Cornell Campbell's take of Bob Marley's "War" for "War Is Not the Answer," Johnny Clarke's version of "Waiting In Vain" for the cheeky "Check Sister Jane," a cut of The Silvertones' "Smile" as "Three Mile Rock," a horns-laden take of the perennial "Get Ready" as "Judgement Day Rock" and a version of "Melody Life" as "Don't Watch Your Wife." 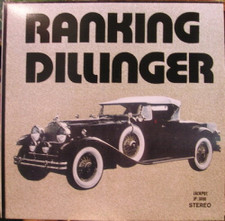 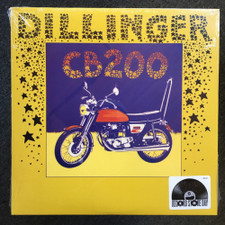