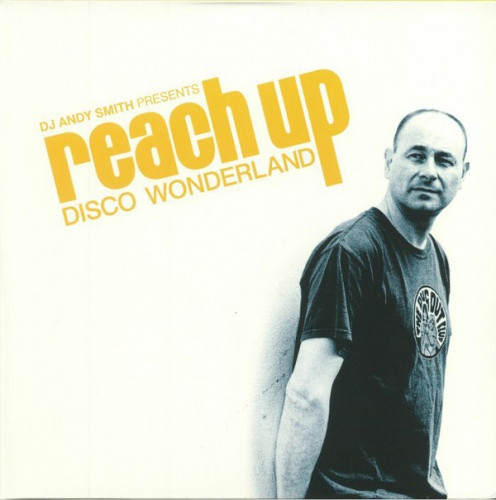 Best known to most people for his early work as a Portishead collaborator and International tour DJ, Andy Smith earned his ‘Legendary’ title among crate diggers in 1998 when he released seminal mix album ‘The Document’. In the years since, Andy has continued to live up to his reputation as one of the finest and most creative DJs on the planet, tirelessly digging in the crates and emerging with pure gold. Following in the footsteps of his 2006 exploration of Trojan’s mighty reggae vaults and his two compilations exploring funk music from New Orleans and Jamaica, Andy turns his attention to disco and boogie for the very first time.

The concept for ‘Reach Up – Disco Wonderland’ was born from ’Reach Up’, a DJ collective founded by Andy in 2012 to reflect the spirit of legendary NYC clubs such as Paradise Garage and Studio 54. ‘Reach Up’ showcases 80s boogie, disco and proto house; the foundations upon which dance music culture was built.

As you might expect, Andy Smith’s selections for the album are not only delightfully obscure but highly memorable. Many titles will spark recognition, having been sampled for more contemporary hip hop and R&B tracks. Disco & Boogie this compilation may be, but it’s been put together with a b-boy mentality. As Andy himself puts it “At my ‘Reach Up’ and ‘Boombox’ nights a fair few of these will have been played, but interestingly some of these tracks might well get played at more ‘hip hop orientated’ nights i do too because of the disco breaks: tracks like “T Connection” & “Freedom.”

Containing a raft of undeniable dance-floor fillers and slept-on anthems, ‘Reach Up – Disco Wonderland’ also at times displays that indefinable, other-worldy, almost eerie sonic fingerprint that’s been present in Andy’s productions and DJ sets since day one. Above all, this album is testament to a youthful obsession with home taping. As Andy puts it: “just being able to officially put these tracks out that i used to play on my ghetto blaster in the streets is an amazing thing!”

As well as a monthly show on Soho Radio, Andy and the ‘Reach Up’ crew (with Nick Halkes & Crissy Kybosh) hold a residency every second Saturday at London’s ultra-cool Bussey Building. ‘Reach Up’ events have previously taken place at Bestival, Lovebox & Space Ibiza. 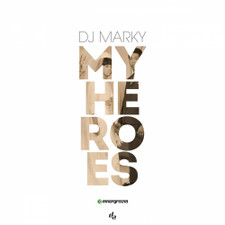 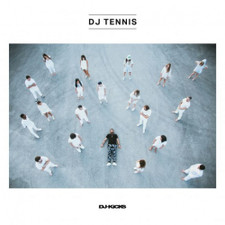 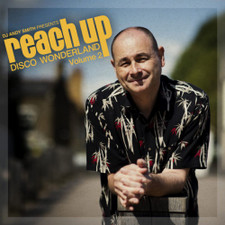