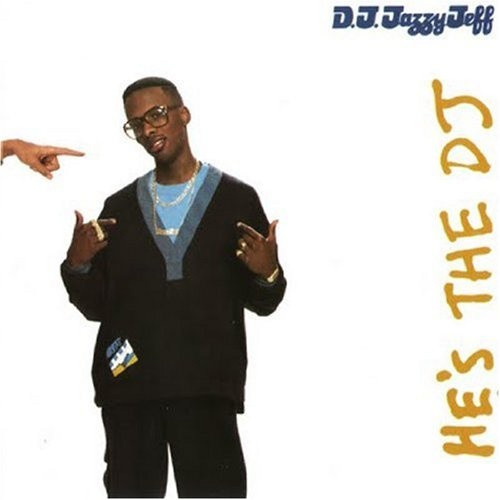 2017 reissue - This is the album on which DJ Jazzy Jeff & the Fresh Prince hit commercial pay dirt, the album that introduced the duo's jokey, benign, and somewhat goofball demeanor to a wide audience. Without He's the DJ, I'm the Rapper, in fact, it could be argued that you never would have had Will Smith: Movie Star, as the album afforded him a level and type of exposure he would never thereafter relinquish.

Oddly enough, it is DJ Jazzy Jeff who generally was cited as the musical star of the duo, at least in the rap community, on account of his groundbreaking and always wizardly work on the turntables. That skill is evident ("D.J. on the Wheels"), but often takes a back seat here in deference to the Fresh Prince's whimsical story-songs. To be frank, Smith's rhymes and antics can become rather, well, hokey, like Slick Rick with an antiseptic tongue, but they are always good-natured and good fun, admirable qualities in themselves considering rap's growing inclination at the time to drift toward the hardcore and polemical sides of the street. He's the DJ is almost cartoon-like by comparison. Painfully corny music videos for the hit singles "Parents Just Don't Understand" and "Nightmare on My Street" underscored the impression to an even greater extent.

The reality, though, is slightly more interesting than the caricature. There are songs here ("Brand New Funk," "Pump Up the Bass," the title track) that go straight to the heart of hip-hop's traditional role as sweaty house-party soundtrack and which highlight a more "street" facet of the duo. Still, this is not a consequential album. It is an extremely likable one, however, with a youthful vigor, animateness, and a spirited sense of humor undiminished by the ensuing decades. Compared with some of the strains of rap that were to follow, which often mistook sarcasm or irony for drollery, He's the DJ seems a quaint, practically naïve artifact of an era before bling-bling and Benzes became the norm. 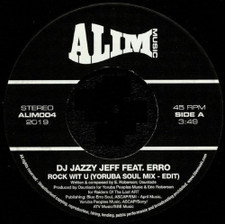