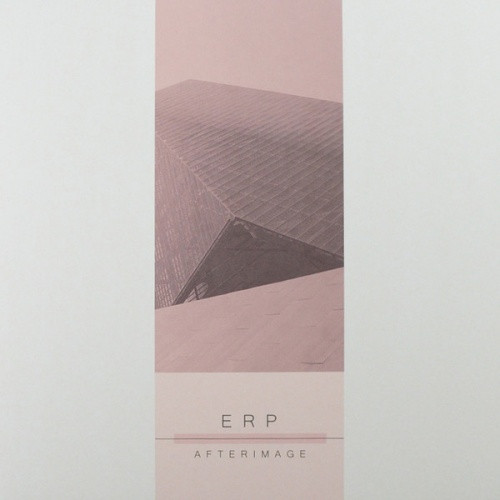 Gerard Hanson is far from a household name in dance music, but for a dedicated circle of fans his records have made a lasting impression. (Just check out the high prices and excited reactions to an upcoming reissue of an obscure 2000 EP.) That comes down not only to his technically excellent production, but also the poignant emotional quality of his music, whether in the spaced-out dub techno as Convextion, or his sleek electro as E.R.P. It also helps that the Dallas producer is an uncommonly good album artist, making the prospect of an E.R.P. full-length all the more intriguing. Released on a new label called Forgotten Future, Afterimage underlines why Hanson is one of electro's top producers.

Afterimage is a purist electro affair. Hanson uses the genre's key elements to create a sci-fi aura, which informs the LP's mood throughout. That's especially true of the melancholic "Spurned" and "Burning Question," and the wintry feel on "Overcast." Even a straightforward track like "Remembrance" has stiff, gated snares that make it feel as chilly and enveloping as a walk-in freezer, adding detail and depth to straight-up electro.

Hanson makes the genre even more cinematic on Afterimage's two longest tracks, particularly "Wishing Still," where kosmische synths soar over a smooth drum pattern. Few producers outside Detroit can capture electro's distinct driving-music feel like Hanson does on "Wishing Still," which evokes a joyride through the solar system. Across Afterimage, Hanson has perfected the E.R.P. project's distinctive contrasts—ambient but floor-ready, spartan yet lush.

It wouldn't be a stretch to call Hanson one of electro's most influential producers. Moments of simplicity, like the brief closer "Forlorn," are exquisite and finely wrought, while glimmers of invention, like the off-roading bassline on "Overcast," are flawlessly executed. Packed with gorgeous sounds and sumptuous production, Afterimage is an album for electro obsessives and dilettantes alike. Hanson might make music for the heads, but his gift for arrangement and melody are qualities anyone can appreciate.