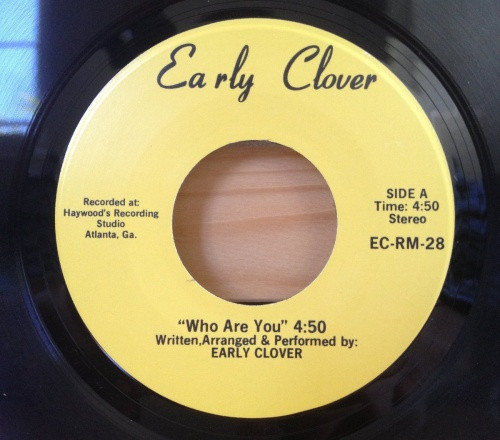 Ridiculously rare & sought after private pressed 45 from Atlanta, Georgia, that hardly ever turns up for sale in its original issue. It features the seemingly widely unknown pounding modern soul dancer “I Wanna Take A Chance With You”, an absolutely killer tune with stellar production and vocals from the talented Early Clover. Side A’s “Who Are You “ is an intimate and deep piece of soul music with superb songwriting techniques.

Born and raised on a small farm in the heart of Georgia, lead singer and guitarist Early Clover started his own band Early Clover and The Bosa Novas at the age of 14. In 1967, he changed the band’s name to The Middle Georgia Soul Drifters. They became very popular locally and began being the backup band for such acts as Rufus Thomas, Joe Simon, William Bell, Jay Hines, Nancy Butts, and opening for such acts as Tyrone Davis, Marvin Sease, Clarence Carter, Betty Wright and Full Force. After the breakup of the group, Early Clover put together some musicians and went to Haywood Recording Studios in Atlanta, Georgia, and recorded “Who Are You” and “I Wanna Take A Chance With You” in 1977 to be a part of an album, but went on the road and didn’t complete the album but performed the song live a year and a half before releasing it as a 45 rpm single.

Featured on the playlists of very few crate digging DJ’s out there, this 45 gets an overdue and legitimate repress in its original form. Essential! 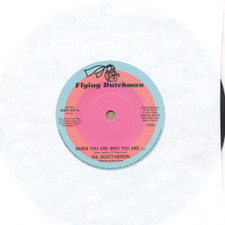 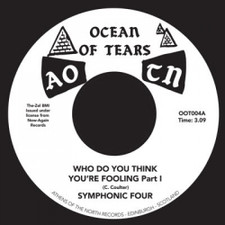