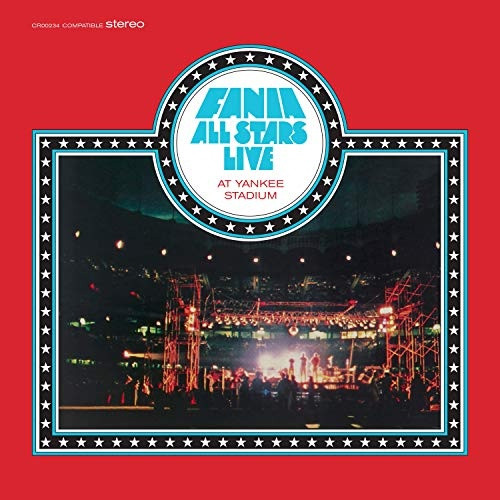 In the '70s, Fania Records was often called "the Motown of salsa," and in fact, Fania was every bit as important to salsa as Motown was to soul. Fania's '70s roster boasted some of the decade's biggest names in Afro-Cuban music; so when Fania assembled a band called the Fania All-Stars, you knew that some major-league salseros would be on board. The list of musicians and singers on this live LP, which came out in 1975 and was recorded at Yankee Stadium in New York and Roberto Clemente Coliseum in San Juan, Puerto Rico, reads like a who's who of '70s salsa -- Ray Barretto, Larry Harlow, Willie Colon, Johnny Pacheco, and Bobby Valentin are among the musicians, and the featured vocalists include Santos Colon on "Soy Guajiro," Ismael Miranda on "Que Rica Suena Mi Tambor," and Pete "El Conde" Rodriguez on "Pueblo Latino." Meanwhile, Hector Lavoe has some joyful moments on his mega-hit "Mi Gente," and Celia Cruz is in fine form on "Diosa del Ritmo." Live at Yankee Stadium documents some historic moments in Afro-Cuban music and is highly recommended to salseros.