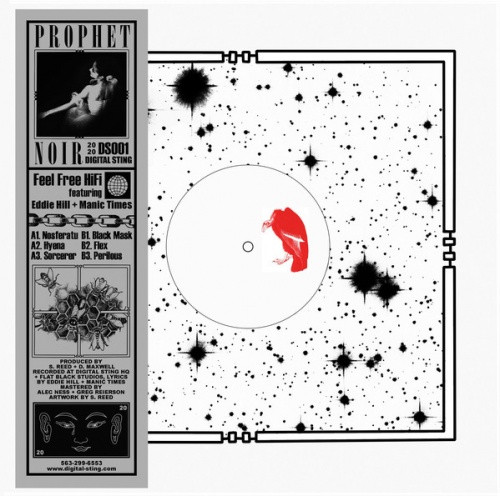 Feel Free Hi Fi began in 2016 when Derek Maxwell and Shawn Reed met in Minneapolis. Reed’s vast Jamaican-centric vinyl collection met Maxwell’s passion for designing and building custom speakers and the collective was born. Their mutual appreciation for worldwide mobile sound system culture, music and history would be their driving force. As the physical sound system evolved, the duo began performing live dubbed vinyl sets throughout the Twin Cities. The next logical step was the creation of original rhythms cut to dub plates. During this time of experimentation Prophet Noir began to take shape. Originally conceived as an instrumental project, the record took a different direction with the addition of Eddie Hill and Manic Times on vocals.

Eddie Hill is a Brooklyn based MC, Activist, and Music Producer. Eddie has deep roots in the Brooklyn Flex Dance Music scene as well as a familial and personal connection to Dancehall and the roots of Jamaican music. Eddie has collaborated with many great creators and is constantly adding to his resume either under his own name or through his collective Wah Du Dem. Eddie’s creative input and abilities as a vocalist have added so much to the Feel Free Hi Fi sound. Eddie’s presence took Prophet Noir as a release into an altogether more powerful direction.

Manic Times aka Jeff Eaton is a vocalist and writer currently based in Oakland, California. Jeff has a long and storied history as a vocalist in the Hardcore Punk underground, as a DJ, a record collector and a literary mind. Jeff has orbited around Feel Free Hi Fi since its beginnings due to his 20 year friendship with Reed and their mutual love of Reggae and all bass centric sounds. Leaning into Feel Free Hi Fi’s experimental mindset, Jeff jumped at the chance to add his own unique vocal and lyrical ideas. At this time the full spectrum of what Prophet Noir would be as a release began to take shape.

Jeff and Eddie met up in NYC during this early period of collaboration. The duo became quick friends, thus strengthening their ability to work together and play off each other despite having greatly different origins and styles as vocalists. Reed and Maxwell's vision from the beginning was to create a sound that was natural in its embrace of its own experimental undercurrents. Pairing with Eddie and Jeff further elaborated on this developing sound. When all four met up in Minneapolis in the final days of 2019 to finish recording vocals and to perform together for the first time the results felt natural and powerful.

Prophet Noir is the first offering of this collective effort. In many ways the content of the record foreshadowed the dystopian realities that we are currently experiencing, thus the namesake. 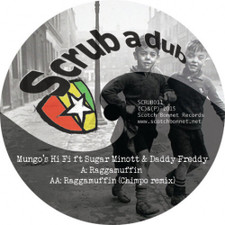