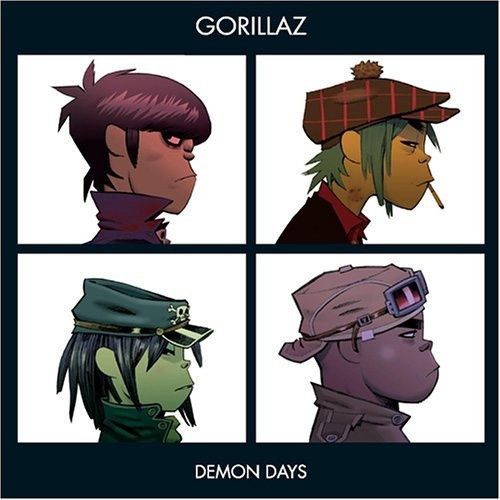 Damon Albarn went to great pains to explain that the first Gorillaz album was a collaboration between him, cartoonist Jamie Hewlett, and producer Dan the Automator, but any sort of pretense to having the virtual pop group seem like a genuine collaborative band was thrown out the window for the group's long-awaited 2005 sequel, Demon Days. Hewlett still provides new animation for Gorillaz -- although the proposed feature-length film has long disappeared -- but Dan the Automator is gone, leaving Albarn as the unquestioned leader of the group. This isn't quite similar to Blur, a genuine band that faltered after Graham Coxon decided he had enough, leaving Damon behind to construct the muddled Think Tank largely on his own. No, Gorillaz were always designed as a collective, featuring many contributors and producers, all shepherded by Albarn, the songwriter, mastermind, and ringleader.

Hiding behind Hewlett's excellent cartoons gave Albarn the freedom to indulge himself, but it also gave him focus since it tied him to a specific concept. Throughout his career, Albarn always was at his best when writing in character -- to the extent that anytime he wrote confessionals in Blur, they sounded stagy -- and Gorillaz not only gave him an ideal platform, it liberated him, giving him the opportunity to try things he couldn't within the increasingly dour confines of Blur. It wasn't just that the cartoon concept made for light music -- on the first Gorillaz album, Damon sounded as if he were having fun for the first time since Parklife. But 2005 is a much different year than 2001, and if Gorillaz exuded the heady, optimistic, future-forward vibes of the turn of the millennium, Demon Days is as theatrically foreboding as its title, one of the few pop records made since 9/11 that captures the eerie unease of living in the 21st century. Not really a cartoony feel, in other words, but Gorillaz indulged in doom and gloom from their very first single, "Clint Eastwood," so this is not unfamiliar territory, nor is it all that dissimilar from the turgid moodiness of Blur's 2003 Think Tank. But where Albarn seemed simultaneously constrained and adrift on that last Blur album -- attempting to create indie rock, yet unsure how since messiness contradicts his tightly wound artistic impulses -- he's assured and masterful on Demon Days, regaining his flair for grand gestures that served him so well at the height of Britpop, yet tempering his tendency to overreach by keeping the music lean and evocative through his enlistment of electronica maverick Danger Mouse as producer.

Demon Days is unified and purposeful in a way Albarn's music hasn't been since The Great Escape, possessing a cinematic scope and a narrative flow, as the curtain unveils to the ominous, morose "Last Living Souls" and then twists and winds through valleys, detours, and wrong paths -- some light, some teeming with dread -- before ending up at the haltingly hopeful title track. Along the way, cameos float in and out of the slipstream and Albarn relies on several familiar tricks: the Specials are a touchstone, brooding minor key melodies haunt the album, there are some singalong refrains, while a celebrity recites a lyric (this time, it's Dennis Hopper). Instead of sounding like musical crutches, this sounds like an artist who knows his strengths and uses them as an anchor so he can go off and explore new worlds. Chief among the strengths that Albarn relies upon is his ability to find collaborators who can articulate his ideas clearly and vividly. Danger Mouse, whose Grey Album mash-up of the Beatles and Jay-Z was an underground sensation in 2004, gives this music an elasticity and creeping darkness than infects even such purportedly lighthearted moments as "Feel Good Inc." It's a sense of menace that's reminiscent of prime Happy Mondays, so it shouldn't be a surprise that one of the highlights of Demon Days is Shaun Ryder's cameo on the tight, deceptively catchy "Dare." Over a tightly wound four minutes, "Dare" exploits Ryder's iconic Mancunian thug persona within territory that belongs to the Gorillaz -- its percolating beat not too far removed from "19/2000" -- and that's what makes it a perfect distillation of Demon Days: by letting other musicians take center stage and by sharing credit with Danger Mouse, Damon Albarn has created an allegedly anonymous platform whose genius ultimately and quite clearly belongs to him alone.

All the themes and ideas on this album have antecedents in his previous work, but surrounded by new collaborators, he's able to present them in a fresh, exciting way. And he has created a monster album here -- not just in its size, but in its Frankenstein construction. It not only eclipses the first Gorillaz album, which in itself was a terrific record, but stands alongside the best Blur albums, providing a tonal touchstone for this decade the way Parklife did for the '90s. While it won't launch a phenomenon the way that 1994 classic did -- Albarn is too much a veteran artist for that and the music is too dark and weird -- Demon Days is still one hell of a comeback for Damon Albarn, who seemed perilously close to forever disappearing into his own ego.

A1 Intro
A2 Last Living Souls
A3 Kids With Guns
A4 O Green World
B1 Dirty Harry
B2 Feel Good Inc.
B3 El Mañana
C1 Every Planet We Reach Is Dead
C2 November Has Come
C3 All Alone
C4 White Light
D1 Dare
D2 Fire Coming Out Of The Monkey's Head
D3 Don't Get Lost In Heaven
D4 Demon Days 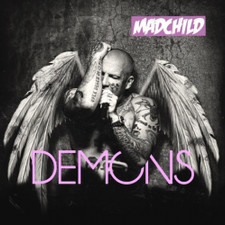