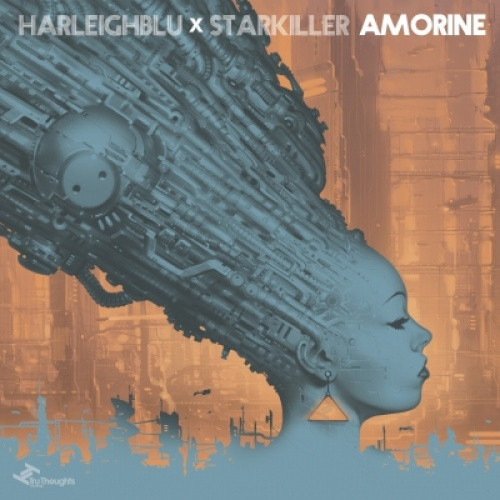 Harleighblu X Starkiller is a formidable link-up between British soul/electronic singer Harleighblu and LA duo Starkiller (the production outfit of C.E. Garcia & Alfredo E. Fratti, members of Adrian Younge’s Venice Dawn). A science fiction film in sonic form, the ‘Amorine’ LP tells a tragic future love story in which high drama collides with a cool, clean, sci-fi atmosphere via hip hop sensibilities that draw on musical references from psychedelic funk to DJ Shadow to Portishead.<br/><br/> It is no coincidence that this project directly follows Harleighblu’s ‘Futurespective’ releases (supported by BBC 1Xtra, Radio 1, 6Music, Okayplayer, Complex, Clash and more), which found the young singer eyeing the horizon, working with cutting edge electronic producers to forge a new sound. On hearing her music, Garcia was struck by Harleighblu’s ability to combine an accomplished, classic soul voice and fresh, future beats; “I’d been playing with this idea of making an album that sounded like the future somehow, and I thought 'well this is it – this is the person to work with'”, he affirms.<br/><br/> With his love of film, sci-fi and graphic novels, and his tendency not to do things by halves, Garcia was soon envisioning an album set in the future, and concocting the ‘Amorine’ story around which this LP would revolve. The dystopian tale was heavily inspired by two sources in particular, which were occupying his mind at the time: the comic book “The Incal” by French artist Mœbius, and the 1971 George Lucas film THX 1138.<br/><br/> Having sent over some instrumental sketches, the duo were soon rewarded with the song “Killing My Heart”. The perfect foil to their lavish guitars and growling bass, Harleighblu's emphatic hooks and multi-textured harmonies got Garcia & Fratti excited, kicking off an intriguing creative process which saw the entire LP crafted across continents. (It wasn’t until June 2016, after the LP’s completion, that the two parties finally met in person, when Harleighblu was gigging in LA – a milestone for this rising star, which builds on her UK and European successes).<br/><br/> For Harleighblu, creating a track remotely with producers was familiar turf, but making a full album this way was a different, daunting prospect. Any potential limitations, however, were freedoms in disguise. “The guys weren't just sending me a beat to sing over”, she emphasises; “We’d go back and forth, surprising each other and pushing the other to think differently”. And while she has always had a notably versatile voice, Garcia & Fratti encouraged Harleighblu to unlock yet more layers of range and expression: “Sometimes I couldn't believe how far, how out-there, I'd taken it.” <br/><br/> From the first luminous droplets of guitar, through cruising bassline and nihilistic vocal, album opener “Finish Me (I’m Done)” lures the listener into a netherworld of anaesthetised emotions – of hearts in limbo, longing to burst. Snake-like bass and ominous organ on “Live Fast, Die Young” kick up some ‘70s funk, shot through with thrilling harmony. The story rolls forward on the limber melody of “Joanna”, the protagonist’s struggle reflected in a quick-switching music backdrop. Elastic chorus and gripping emotional drama on “Save Me” precede a tumble down a narcotic rabbit-hole via “Middle Of The Road” and “Set Yourself Free”, before we emerge into the stirring balladry and vintage lustre of “Without You”. “Killing My Heart” brings the driving pace of inevitable destruction, the sentiment continuing through pleading, distorted voice and widescreen guitar on “Why Would You”.The title cut presages the film’s wrap-up, the tragedy illuminated from all angles by versatile vocals and an expansive soundscape that bleeds into the tear-stained LP closer “Suddenly”.<br/><br/> A hyperactive visionary producer and a classically-trained wunderkind, respectively, Garcia & Fratti have met their match in the adventurous Harleighblu. Instrumental in orchestrating this union between the young Nottingham-based singer and the US West Coast musical dons was Adrian Younge, having initially been approached by Harleighblu to express her love of his work and her desire to collaborate. Unable to commit due to the demands of his constantly evolving schedule, Younge recommended Starkiller as members of his extended musical family. <br/><br/> Playing in venerable producer Younge’s Venice Dawn, Garcia & Fratti have contributed to records including the Black Dynamite OST, and worked with many of their own musical heroes (such as Ghostface Killah, RZA, the Delfonics’ William Hart, Souls Of Mischief, and Ali Shaheed Muhammad of ATCQ). Having been immersed in one of the most inspirational environments a musician - and film fanatic - could hope for, their Starkiller outing brims with creative confidence. 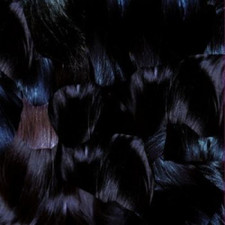 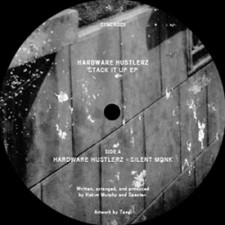 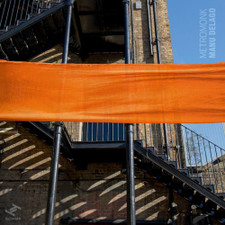