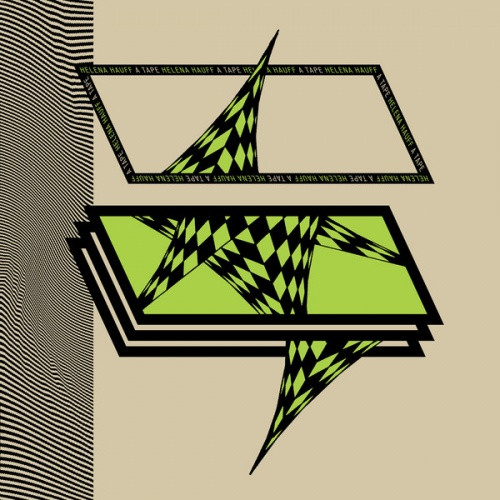 We are honored to present ‘A Tape’, a double LP of early work by Helena Hauff, a DJ and record producer based in Hamburg, Germany. At university she studied fine art, physics, and systematic music science. She previously was a resident at Hamburg's Golden Pudel Club, where she hosted a night called Birds and Other Instruments. As a selector she weaves energetically between electro, new wave, and EBM. Her music, often recorded live in one take, has a raw intensity to it. She debuted with an EP on Werkdiscs back in 2013 followed by records for Lux_Rec and Bunker sublabel Panzerkreuz as well as two collaborative EPs for PAN, produced under the name Black Sites with fellow Pudel resident f#x.

‘A Tape’ is a compilation of Helena’s earliest recordings from 2011 and 2014, originally released on limited cassette by Handmade Birds in 2015. Clocking in at over 50 minutes, this collection spans Hauff’s musical universe, from jacking acid-techno to krautish zone-outs and scuzzy feedback interludes. It’s tempting to consider it Helena’s debut album, but she views these tracks as mostly forgotten sketches left on the cutting room floor. It a gripping collection of deep, sinister analog synth sequences, industrial dissonance, and heavy percussion. Her equipment set up was a Roland Alpha Juno 2, Juno 60, TB-303, TR-707 and TR-808. Both of the discs end with Hauff stepping outside of the intentionally stiff, robotic rhythms, instead showing her skill at crafting less conventional electronic sounds.

All songs have been mastered by James Plotkin with vinyl EQ and lacquer cut by George Horn at Fantasy Studios in Berkeley. The record is housed in a custom made jacket designed by Eloise Leigh, featuring a checkered graphic and black lines, highlighted by yellow and green for maximum visual tension. Each copy includes a double-sided postcard with notes. 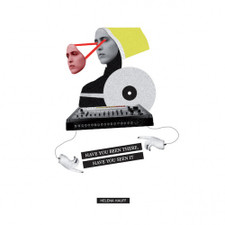 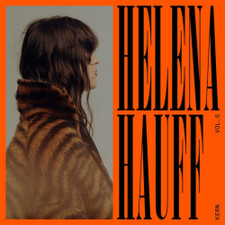