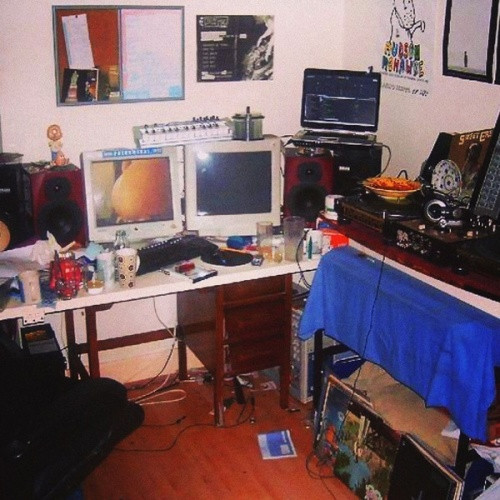 Scottish producer Hudson Mohawke introduced himself to the world with Hudson's Heeters, Vol. 1, a mixtape passed around through online forums and the early social media platform MySpace in 2006. The brief but commanding tape is frequently punctuated by computerized voice drops which mention HudMo's email address, and it wasn't long before his inbox was full; he soon co-founded the influential LuckyMe collective and signed to Warp (which mastered and reissued the mixtape on vinyl in 2021). The tape's 14 tracks are filled with splashy, booming drums and samples scattered in wayward directions, and a barely contained sense of excitement, yet a clear allegiance to hip-hop beatcraft. Even compared to the glitch-hop that artists like Prefuse 73, Dabrye, and Machinedrum had been producing for several years by that point, HudMo's take seemed more unruly, more off-time, and more obsessed with disruptive low end, perhaps owing to the dubstep scene which was rapidly developing at the time. Even at this early stage, the battering hard rock drums and almost shredding synth riffs hint at a level of bombast which would only be expanded upon with his proggy full-lengths and his groundbreaking festival-ready trap as half of the duo TNGHT, with Lunice. The sloppy, smashy "You Got Money" is a disorienting array of hyperspeed breakbeats and messy scratching, essentially the sound of HudMo ripping up the rulebook in real time. Other tracks like "No One Could Ever" and "Moogli" filter the choppy, sample-driven nostalgia of American hip-hop producers like J Dilla through the lens of U.K. youth who grew up listening to happy hardcore around the turn of the millennium. "The Harvest" is a skewed take on ragga-hip-hop, and closing track "Overnight" bursts with grand soul horns and crisp, tumbling drums. Ragged and untamed, Hudson's Heeters remains an alarmingly creative opening statement from a quickly ascending artist who would reach greater heights with his subsequent releases, as well as production work for Kanye West, Drake, Lil Wayne, and countless others. 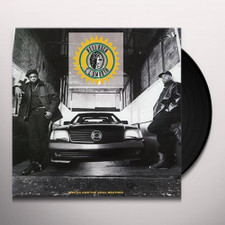