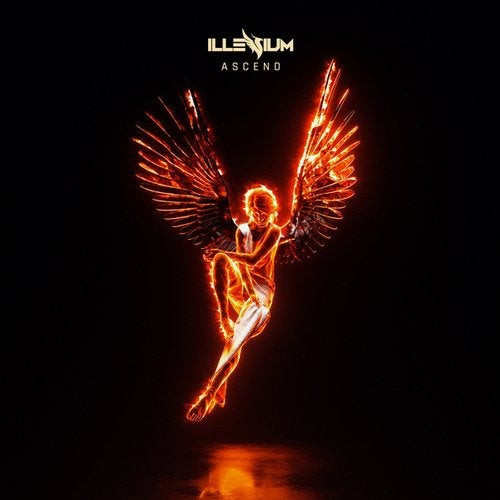 Ascend feels like a big deal for Illenium. Over the last half-decade, the Denver-based producer/DJ (birth name: Nick Miller) has built a dedicated following the old-fashioned way. He has generated word-of-mouth buzz with a steady stream of quality singles, albums, and collaborations. And he has toured continually, putting on intense shows with ever-increasing production values and playing to ever-larger audiences.

In 2018 Illenium inked a deal with Universal Music subsidiary Astralwerks and began releasing a new batch of well-received singles. Now to cap it all off comes Ascend, his third full-length album, which collects those singles as well as about a dozen new tracks. An accompanying tour, overseen by big-time production company AEG Presents, will see Illenium playing venues such as Madison Square Garden and the Staples Center. Ascend is quite an appropriate title for someone whose star is undoubtedly rising.

Much of Illenium's widespread appeal is rooted in his unique ability to present modern dubstep and bass music with a deep melodicism and knack for hooks. Other artists are doing the same thing, but Miller has a knack for making it sound organic and sincere. Many of his songs use soft-loud dynamics along with featured guests who deliver ultra-earnest vocals and lyrics. The result sounds both personal and universal, intimate, and anthemic. If that sounds like emo music, it is—only reinvented with the latest technology, beats, and rhythms. And Ascend is Illenium's most emo album yet.

At 17 tracks, Ascend is packed with songs, packed with singles, and packed with featured artists, from unsigned singer-songwriters to established acts to former America's Got Talent and American Idol contestants. Perhaps inevitably, several of those artists are fellow Universal Music/Interscope signees. All this makes Ascend seem more like a compilation than an album. But that is pretty common for EDM artists and isn't really a problem, especially when the music is so consistent in sound and feel.

Illenium tracks tend to start with a delicate, plaintive guitar riff, building with vocals and martial drums to the instrumental drop. More than a few—actually, most – of the songs on Ascend follow this pattern, with different modulations of volume and intensity. It's all very pretty, stark, and heartfelt. The arrangement also tends to rely on the vocalists to give tracks their unique identities and help them stand out. When it works well, it results in something like recent single "Good Things Fall Apart". With crooner Jon Bellion sounding genuinely hurt and heartbroken, and a chorus rather than a drop, it is one of Illenium's best, most fully-realized tracks to date. "That's Why" features another crooner in the unsigned Goldn, along with an ethereal, angelic drop.

Some tracks, like "All Together" featuring Oekiin and "Every Piece of Me" featuring Echos, go even darker and forgo the crescendo altogether. These are bettered by "Sad Songs", a collaboration with longtime Illenium cohort Said the Sky. A mostly acoustic number with a hopeful vocal from Annika Wells, it finds balance with a toned-down drop at the very end.

As something of a counterpoint to the melancholy, there are some genuine pop moments. The Chainsmokers/Lennon Stella collaboration, "Take Away", sounds like the effortless smash hit the Chainsmokers have been wanting to write since "Closer". Despite a lackluster drop and lyrics that compare a relationship to carry-out food, it works well enough. "Crashing", with Bahari, is better pop, though. With the tagline, "I got myself too drunk on you to drive", it wears its hokeyness on its sleeve country-style, and Miller follows suit with a fun, exhilarating drop.

All the ballads and pop songs might make the pair of edgier, dubstep-influenced tracks seem like throw-ins meant to appease a certain audience. But to dismiss the brooding "Blood", with a weighty turn from Irish singer Foy Vance, and the post-rock chug of "Gorgeous" with Bipolar Sunshine, would be to miss out on two of the album's more unique highlights.

The intersection where cult stardom meets mainstream acceptance is a dangerous one, but it is one most artists can only hope to approach. It seems like Ascend is destined to be the big success that, in turn, allows Illenium to take more risks in the future.