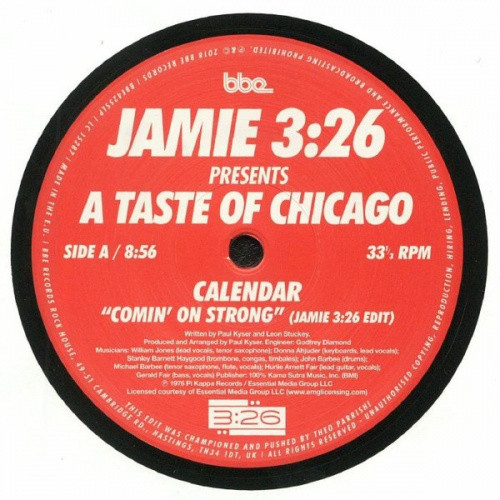 Announcing his forthcoming BBE compilation ‘A Taste of Chicago’, edit kingpin and DJ par excellence Jamie 3:26 drops a 12” comprising two of his most highly prized cuts.

At the top of many a vinyl digger’s wish-list since its highly limited white label release in 2010, the Jamie 3:26 edit of Calendar’s 1977 disco stepper ‘Comin’ On Strong’ has become the stuff of legend, played to devastating effect by Theo Parrish among others over recent years.

On the flip, Jamie 3:26 heads into classic Chicago House territory with a fiery reworking of impossible-to-find Braxton Holmes banger ‘Stomps & Shouts’, taken from his mythical ‘Cabrini-Greens and Cornbread’ project.

A scintillating teaser of what’s to come later this year when BBE release ‘Taste Of Chicago’, a full album’s worth of Jamie’s incredible edits, this 12” is surely a must have for House and Disco players the world over. 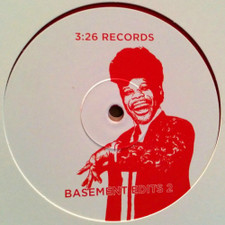