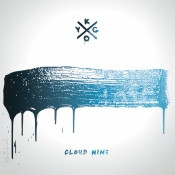 Foregoing the big drops and unrelenting hammer beats of festival EDM on his debut album Cloud Nine, Norwegian pianist and producer Kygo (born Kyrre Gørvell-Dahll) crafted relaxed, melodic pop-hook house aimed at secluded beaches, nocturnal haunts, and even romantic rendezvous. Boasting a full roster of guest vocalists, Cloud Nine is music for the lounge, not the club, and the soundtrack to the post-party comedown. As the title suggests, this collection is pleasurable and light, lifting listeners to that eponymous place in the heavens. From the sparkling "Intro" to the plaintive closer "For What It's Worth," Cloud Nine is a cohesive journey where each song melts into the next along the connective thread that is Kygo's celestial piano tinkling. The high points of the album are subtle nods to Kygo's big influence, Avicii, that combine folksy guitars atop thumping dance beats. "Fiction" features British singer/songwriter Tom Odell and sounds like Arcade Fire's Win Butler guesting on a track by that aforementioned Swede. Irish band Kodaline lend their acoustic guitar strumming to the James Bay-penned "Raging." Irish singer James Vincent McMorrow contributes a fragile falsetto to the arena-ready "I'm in Love." Elsewhere, juicier jams add some soul to Cloud Nine, like on Parson James' tropical house "Stole the Show," Will Heard's sensual "Nothing Left," and Maty Noyes' pulsing "Stay." Stand-out centerpiece "Oasis" features British pop singer Foxes on a Sia-penned epic that incorporates a string section and the best Chris Martin piano melody this side of "A Sky Full of Stars." It's also one of the few truly energetic moments on Cloud Nine. To that end, some stretches of the album may be a little too sleepy and subdued, with songs bleeding together in a hypnotic haze. Nonetheless, refreshingly void of aggression or any deliberate tension, Cloud Nine comforts with its positivity and charm.