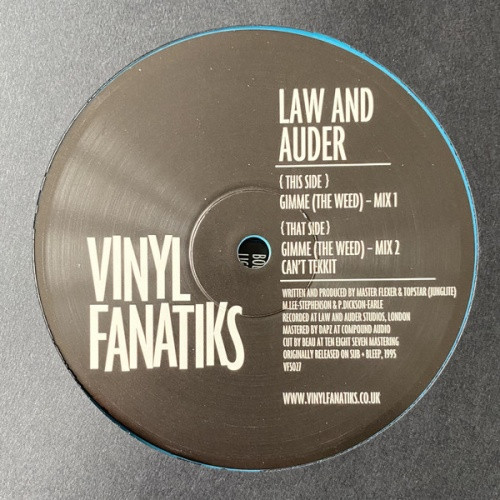 2021 reissue, originally released in 1995 - Law & Auder hail from the Hoxton/East London area around 1995 and appear in numerous ‘Most collectable jungle records of all time’ lists. And this release is one of those highly collectable records, reaching prices on Discogs in access of £125.

These guys produce raw, reggae fused jungle rollers, with many more releases due to drop on Vinyl Fanatiks in the years to come.

They recall: Phil: “Gimme (The Weed)’ sat about for well over a year, originally being started in 1993. It was thanks to Martin that it ever came out at all. At the time there was an era in the jungle scene, when a big spliff tune was needed. It was the done thing and everyone had one going on at the time and we needed to have our own out there. Stamp our name and vibe on the scene.” Martin adds for clarity that “It was funny as neither of us smoked weed!” 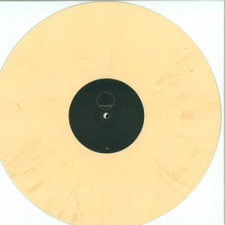 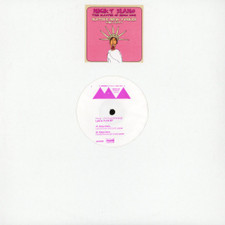 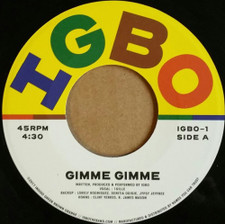 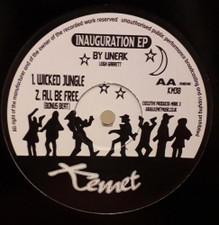 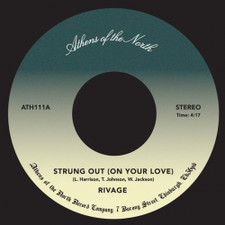 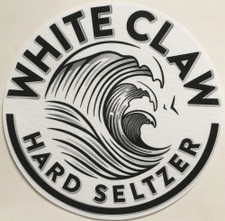 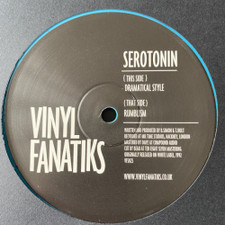 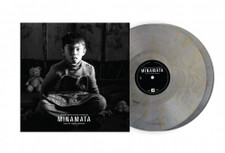