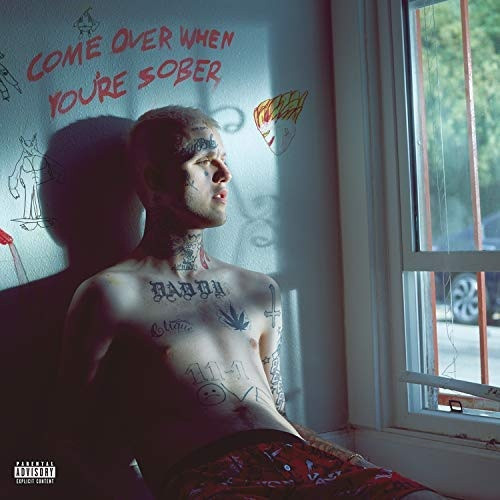 Beloved by many for his dingy synthesis of emo and contemporary rap, the 21-year-old New Yorker – born Gustav Åhr – was at the vanguard of a new movement intent on trampling down divisions between hip-hop and rock. This wasn’t the first time the genres had melded – Peep’s work harked back to 90s nu-metal bands such as Korn and Linkin Park – but by replacing mechanical fury with opiated nihilism, fluttering hi-hats and a post-ironic nostalgia for pop-rock past, he produced something fiercely contemporary. With his wacky dress sense and pretty-boy face, Peep was a star machine-tooled for the social media age.

Come Over When You’re Sober Pt 2, Peep’s posthumous second album, is compiled from material discovered on his laptop after he died. It doesn’t appear to be a cynical record label cash-in, having been steered by Peep’s mother and his long-time producer Smokeasac, but that’s not to say it doesn’t feel extremely ghoulish: Peep’s songs are peppered with references to his death, delivered in a slurred whine halfway between Kurt Cobain and Blink-182’s Tom DeLonge. The myopic focus on such a theme might have seemed eerily prophetic if the musician hadn’t flaunted his prescription drug abuse online – instead, it serves to make his passing seem a dismal inevitability.