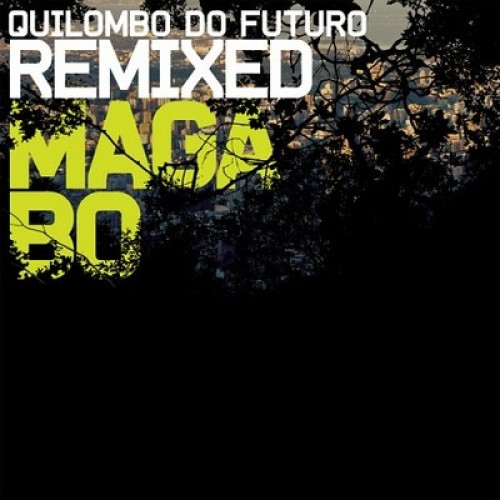 "Born in the United States and based in Rio de Janeiro since 1999, Maga Bo has collaborated with Mulatu Astatke, Issa Bagayogo, Bollywood star Shilpa Rao, BaianaSystem as well as releasing critically acclaimed remixes for Poirier, Luisa Maita, Filastine, Blick Bassy and Bomba Est(c)reo. His music and remixes have been released on Tru-Thoughts, Ninja Tune, Cumbancha, Dutty Artz, World Connection and many others. Among his many international tours, he has performed at the Sydney Festival, WOMEX, Club Transmediale and Mundial.

For Quilombo do Futuro Remixed, Maga Bo called upon the talents of a select team of top notch producers haling from several different continents. The original tracks united the organic subtleties of the Afro-Brazilian rhythms coco, maculel, samba, gong and capoeira with the punchy, powerful, electronic based sounds of dub, raga, hip hop and dubstep. Batucada and bass, mids, treble. TUDO. The remixes take the tracks even further|

A quilombo was an autonomous, fugitive settlement founded by ex-slaves and others in colonial brazil. The Quilombo do Futuro is more than a possible physical space. It is a potential world-wide agglomeration of cultural resistance. After centuries of wealth generated by an economy built on slavery (and the subsequent post-abolition adaptations), the Quilombo do Futuro is a break from this legacy. Fortified by an international community based on plurality, inclusive democracy and direct communication, cultural resistance is paramount in creating a sustainable, healthy existence in the face of world-wide corporate domination.