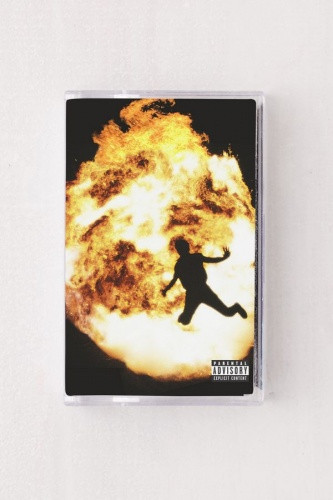 Fake retirements are hip-hop. Can an artist even be considered a rap icon if they have never bowed out of the game, and then come back months later with a new album? Metro Boomin, aware that it was time for this rite of passage, called it quits in April after remaining mostly silent since December’s Double or Nothing with Big Sean. But the rap world knew Metro would return, they just didn’t know how or when. Would it be on a new Future project? Would he hit the swerve button and release an album with a pop artist? Maybe a Perfect Timing 2, one could only hope? Instead, Metro dropped Not All Heroes Wear Capes, a high-profile guest-filled album that builds on and creates a bigger version of the dark, hard-hitting production that has turned Metro into rap’s definitive producer of the last five years.

Since 2013, when Metro established himself with 19 & Boomin, the St. Louis-bred producer flew through the beat-making ranks. From the jump, he impacted the genre with his, “Metro Boomin want some more, nigga” tag, all but making the producer tag a necessity. But where Metro really shined was an ability to elevate the artists he collaborated with—like so many of the beat-making legends. Metro’s beats would become the key in unleashing the creativity in some of rap’s greatest talents: He helped Future tap into his lean-drenched emotions on DS2, transformed Travis Scott into our Auto-Tune overlord on Days Before Rodeo, and managed to scratch one of the last great musical moments out of Kanye West on “Father Stretch My Hands Pt. 1.” Not All Heroes Wear Capes doesn’t just broaden Metro’s sound, it’s a showcase for artists relieved to be working with Metro again, because that’s when they are at their most creative.